I have been laid up with a nasty strep-throat the last few weeks and have been on the lookout for good masala movies to improve my outlook on life. This one would gladden the hardest of cold-infested hearts – it has beautiful people (Dharmendra, Vinod Khanna, Leena Chandvarkar), lovely songs and a plot that one can happily neglect to enjoy all the pretty in the film. And just so you can concentrate on the all the eye candy when you watch the film, I’ll provide the plot outline, here. 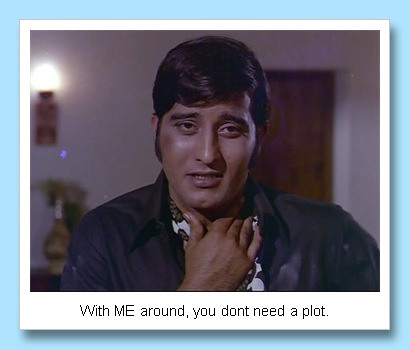 The film starts with a boxing match where handsome young man #1 - Deepak (Dharmendra) - is volunteered by his dopey friend Gopi (Jagdeep) to fight an angry boxer (Shetty). Much to the surprise of the the organisers – Seth Jwalaprasad (Madan Puri) and handsome young man #2, i.e., Shyam (Vinod Khanna) – Deepak wins! Impressed by his fighting skills, Jwalaprasad employs him as his driver. 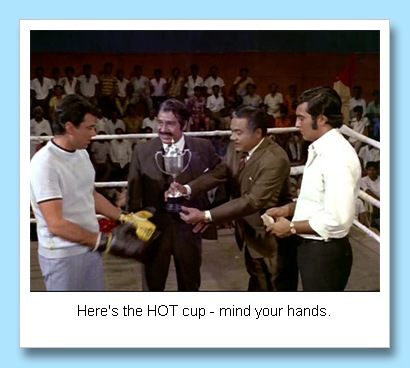 A visibly jubilant Deepak (maybe, like me, he’d love to be in daily contact with Shyam? ;-D) runs home to impart the joyous news to his MAA who does not share his joy. But apart from telling him that she hasnt heard good things about Jwalaprasad, she does nothing but rouse the viewer’s curiosity about the story behind her dislike of the guy. The possession of a white-saree-clad MAA may already indicate to the seasoned masala-fan that Deepak is a GOOD guy. But just to get the message home, we see that he is also a loving brother who is supporting his younger brother Suresh (Rakesh Pandey) through a luxurious college education. 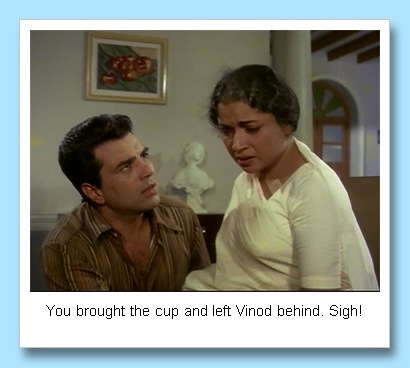 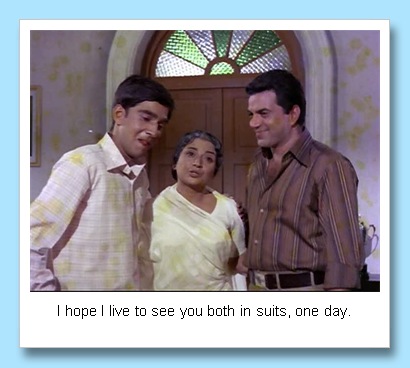 On his first day at work, Deepak runs into Jwalaprasad’s daughter Chandni (Leena Chandvarkar). Turns out that they were college friends and Deepak had saved her from a watery grave - an incident that had kindled a brief romance. Their altered circumstances do not stop Chandni from trying to rekindle the romance, and she manages to convince Deepak, pretty fast. 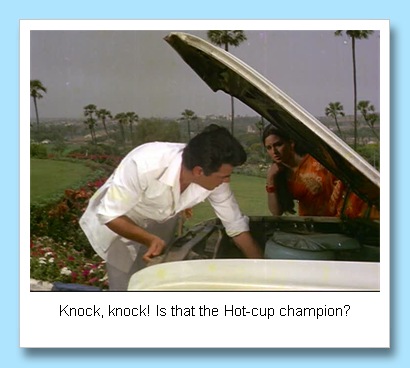 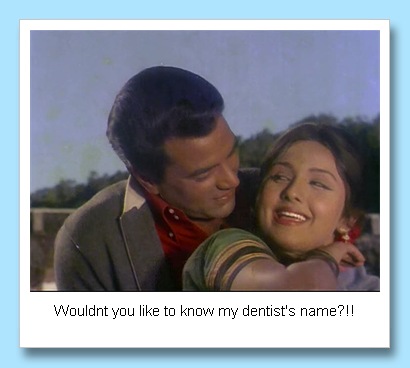 Meanwhile, lets see what handsome young man #2 (Shyam) is up to. If Deepak is a good guy, Shyam is the exact opposite. He is Jwalaprasad’s partner in most crimes, and such a wicked character that Jwalaprasad refuses to give him his daughter in marriage. Shyam must, of course, give a better demonstration of his wickedness, and does so by trying to molest a beautiful lady-doctor. Fortunately for her, Deepak arrives in time to save her from her fate-worse-than-death and makes an implacable enemy of Shyam. 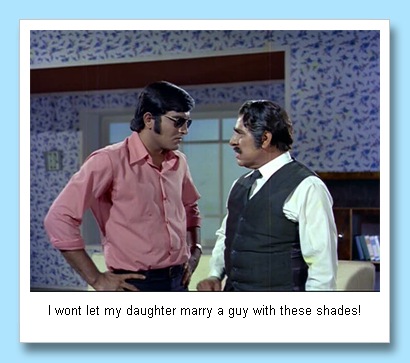 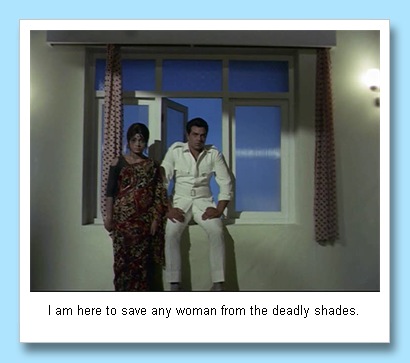 Deepak returns home from his doctor-saving-mission, only to find himself at his mother’s deathbed. (?!!) She lives long enough to tell Deepak the big secret about his brother Suresh, who is actually her brother’s son. Suresh’s father was a rich businessman in Africa. He made a will nominating his trusted employee Jwalaprasad to be his son’s guardian and trustee of his properties. Needless to say, the trusting businessman was soon murdered by Jwalaprasad. Suresh, then a toddler, was saved by a loyal servant who brought him safely to his Aunt (Deepak’s Mom) in India. This touching death-bed scene (and confession) is witnessed by Shyam who had come to avenge the honor he was NOT able to loot! 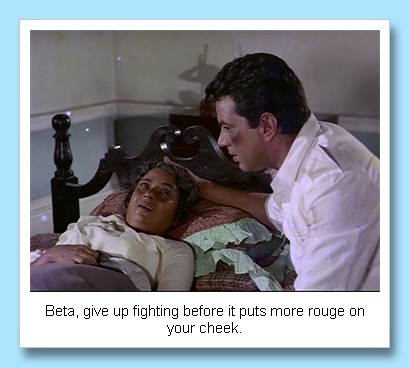 Shyam is happy to know that Jwalaprasad was involved in a crime that he himself isnt implicated in. It gives him a hold over Jwalaprasad that he means to put to good use – to get Chandni as a bride. Jwalaprasad, threatened by the noose (surely one needs PROOF for a conviction, let alone a death sentence?), reluctantly agrees to talk to Chandni. That intrepid girl however, has made up her mind – its Deepak and nobody else for her. After some family drama involving the police, the two do get married. 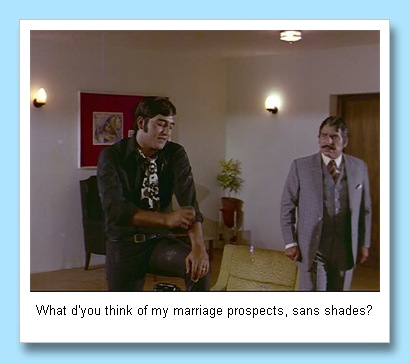 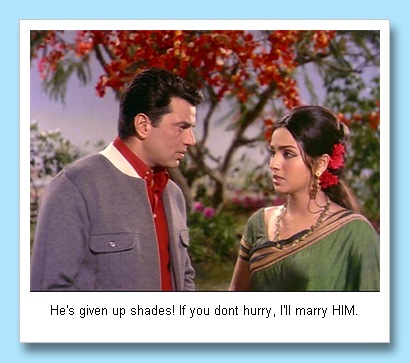 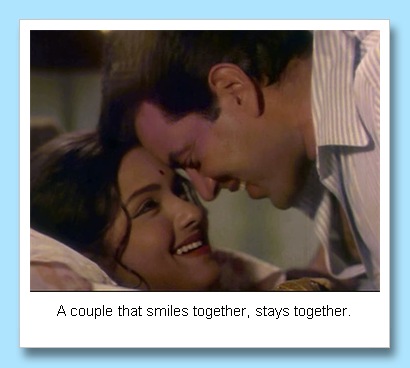 Chandni and Deepak’s blissful married life is soon interrupted by Shyam’s goons, and then by Shyam-Jwalaprasad’s schemes. Suresh has been kept ignorant of his father’s fate and Jwalaprasad’s role in that – an ignorance that suits Shyam-Jwalaprasad’s purposes very well. They convince Suresh that Jwalaprasad has been just a benevolent custodian of his father’s wealth and soon create a rift between the two brothers. Suresh is also introduced (and is soon addicted) to, drinking and gambling. But that isnt all – the evil duo manage to murder Suresh and have Deepak accused of it! 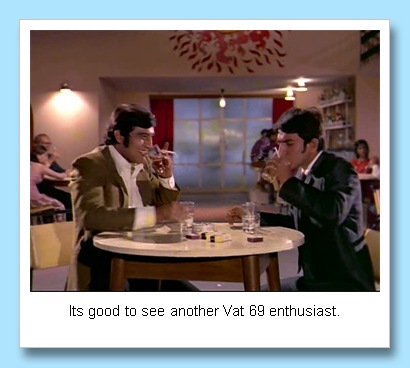 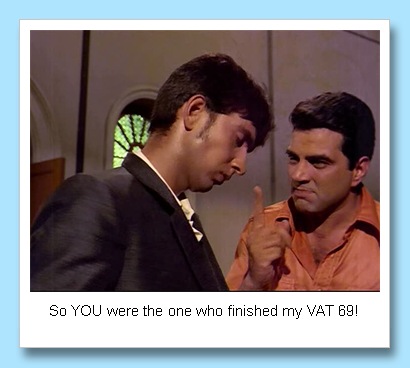 Phew! Apart from a surprise twist at the end (and a comic side plot involving Jagdeep, that I fast-forwarded through), that is ALL of the plot. It does seem like there is a lot going on, with a hearty serving of standard masala-plot elements. Most of the plot elements, however, arent well connected. There are glaring plot-holes that disturb the flow of the story. And the surprise twist at the end comes out of nowhere and doesnt make any sense whatsoever. 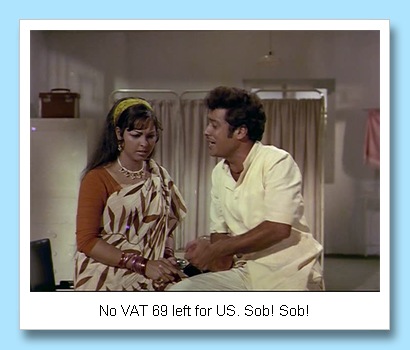 I for one would much prefer to concentrate on all the pretty – Vinod Khanna looking way too hot to be the evil guy, Garam Dharam attempting to dance and Leena’s cute smiles! Musnt forget the lovely songs. Here they are: Dil ne dil se na jaane kya kaha, Mere dil ne jo maanga, Rahne do rahne do, Yeh kaisi maine. 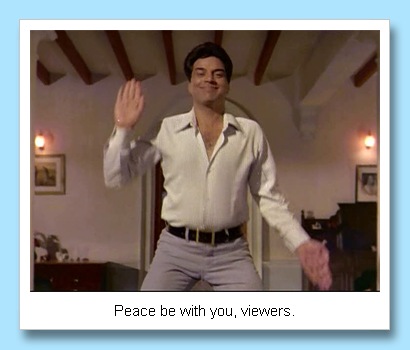