The haunting: my 10 favourite ghost songs

There is nothing like a good ghost song to brighten up a warm and sunny day (or a cold and sunny day, as it often is in Calgary). What would you like - a real live ghost? A funny pretend ghost? A real person mistaken for a ghost? Would you like him/her to be evil or benign? No matter what your choice, Bollywood can supply a ghost for every mood. I personally prefer pretend ghosts - of the benign kind - but I am not so picky when it comes to ghostly melodies. Ghosts, it turns out, know their melodies and how to haunt hauntingly. They’ve sung some of my favourite filmi songs. So without further ado, here are ten of my favourite filmi ghosts singing their haunting melodies (or "hunting melodies" as one of my audio cassettes called them!): 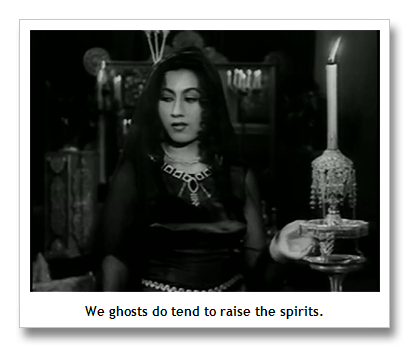 Featuring the sentimental, heartbroken ghost, singing in my favourite singer’s voice (Asha Bhosle). Every piece of her (Sharmila Tagore) ghostly heart cries out to him (Biswajit) for not paying attention to the sound of her breaking heart! Lady, perhaps you should’ve sung this song a few centuries earlier. Bet no one, least of all your beloved, could’ve torn himself away from this hauntingly lovely voice. But then, you wouldn’t have had the chance to go rafting with your ghostly boatman. Haunt away… 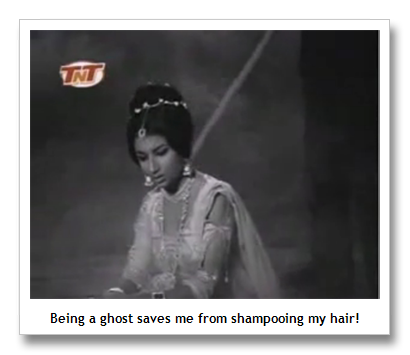 This isn’t really much of a song, and I would not even call it particularly tuneful. The video though, is something else altogether. It gives a whole new meaning to the phrase "a twist in the [ghostly] tale"! This is an amazing bunch of spirits who believe in keeping up with the times. No haunting songs, no scary noises – just simple skeletons doing the twist. How perfectly straightforward! Wonder if they’d have performed a skeleton disco if this was filmed in the 80s. 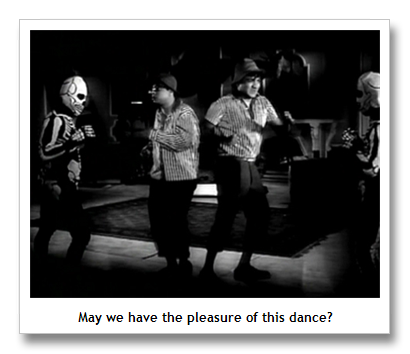 The first and the most famous of all singing spectres in Bollywood’s hall of haunting fame. "He who has to come will come" sings our spectre (Madhubala), and indeed her Gothic hero (Ashok Kumar) does arrive. Not only is this the ghost that launched a thousand songs (Lata Mangeshkar’s and Madhubala’s!), she is also a very unusual ghost. There are no floating white dresses and no flickering candles to warn us of her other-worldliness. She simply relies on  her haunting voice and swinging chandeliers to bring on the spookiness. 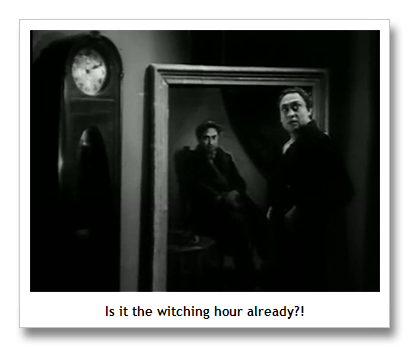 While the ghost business in Bollywood is clearly dominated by womenfolk, that does not mean that the stray male does not make his presence felt in the other-world. In this case though, the ghost in question (Shammi Kapoor) is more intent on making his presence felt in this world. And being Shammi, he isn’t content to sing a lovely, haunting song and draw his heroine (Babita) into a spooky ruin. He must show her his cool dance moves, as well. Looks like she is beginning to wonder if this ghost isn’t a tad too substantial to be a spirit, haunting song notwithstanding. 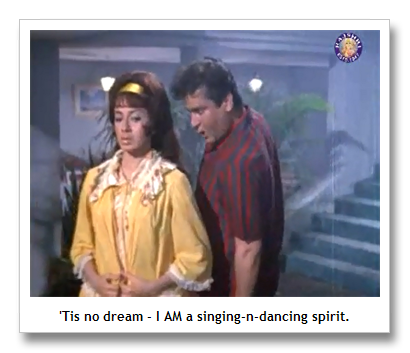 An artist (Raj Kumar) is buried alive for the offence of loving a beautiful princess (Waheeda Rehman), and comes back centuries later to haunt her contemporary incarnation – a downtrodden housewife in the 60s. Poor woman! She is reduced from riches to rags in just a few lifetimes, and then stuck with Manoj Kumar. No wonder her centuries old lover’s Rafi-like singing draws her to him, over and over again. 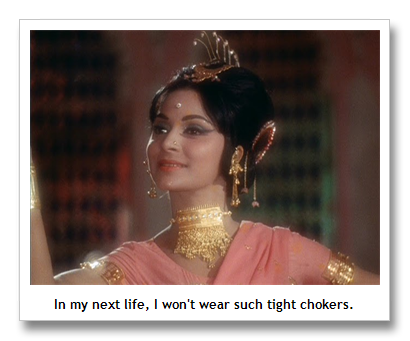 This ghost (Dimple Kapadia) seems to be haunted by ghosts of her own! Why does she walk around singing her lovely "hunting" melody? Can she lay her ghosts only by becoming one herself? I’d love to know the answer to these questions, and so, it appears, would Vinod Khanna. The two of us have so much in common! 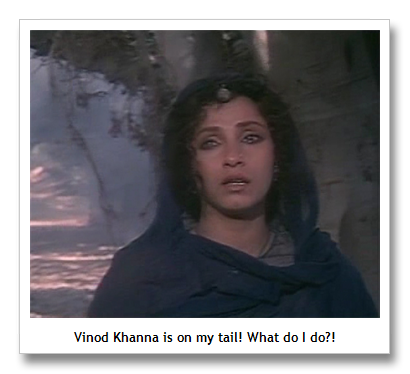 Bollywood’s very own woman in white! I was so fascinated by the slow moving lady in white and her flickering candle that it took years for me to grasp that she (?) was haunting Jagdeep! A haunted comedian? That is quite an other-worldly side to his comedy! Or did he take to comedy in order to forget his err… haunting past? 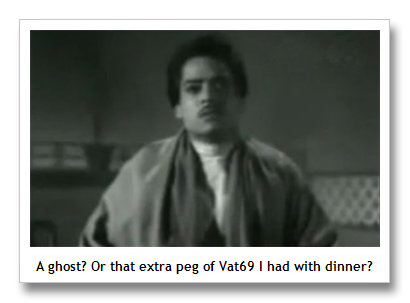 A lovely spectre (Sadhana) sings of how her eyes just won’t dry. Perhaps she should try an anti-histamine. That usually takes care of streaming eyes for me! Wait… it never occurred to me, but are there doctors in ghost-land?  Or maybe there is another explanation for her tears. She is sad that she is fated to haunt the man (Manoj Kumar) who launched a thousand Bharats, each a lot worse than it’s previous avatar. 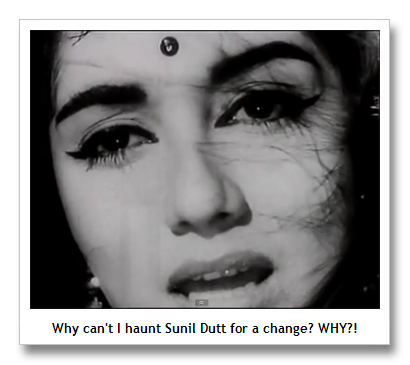 The romantic ghost! He (Pradeep Kumar) sure knows how to lure with lyrics and music. And boy, can he sing! “You and I will be together, even if we need to be re-born a hundred times” So much romance, so much feeling, it tugs at your heartstrings and brings out the gooseflesh. Why, Mohammed Rafi himself couldn’t have done better on a good day! She (Shakila) must find the source of this haunting voice, she must… 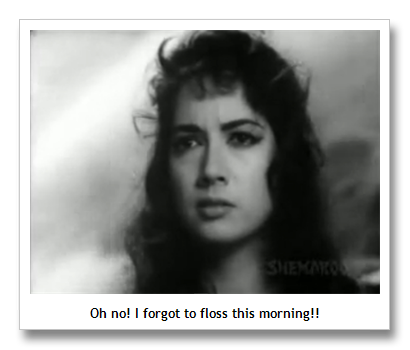 It is official. Biswajit is the most haunted man on the face of this earth. How many others can claim to be followed by so many lovely ghosts? And they all sing so beautifully, too. This spirit wants him to think carefully where he is going, because his path is lit, not just with burning lamps, but also with burning hearts! Is she warning him or enticing him? He needs to investigate. That is why he is following her voice. It has nothing to do with the the fact that this is probably the loveliest of all spectre songs sung by a spirit in Bollywood! 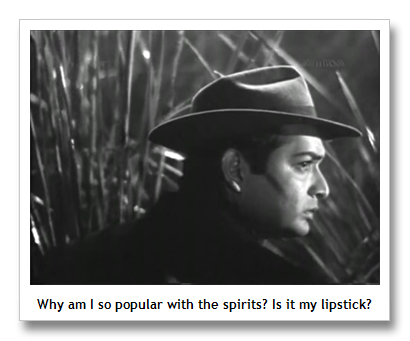