Eight years ago, my sister Bollyviewer decided to move from Blogger to Wordpress and start a new blog – Masala Punch. She blogged there intermittently till she passed away in 2021. With more than a hundred of her posts here, this blog still remains a treasure for me. To keep her words alive, I have decided to revive this blog and keep it going along with Masala Punch.
Posted by BollySpektator at June 12, 2022 No comments:

For any visitors I still have left: Thanks for visiting during my long and unscheduled hiatus. I got busy at work, then with moving and travelling, and before I knew it, it was more than a year-and-a-half since my last post!

Its time to blog again. But this time, I’ve decided to start afresh, with a new blog. I am tired of Blogger’s poor comments utilities and do not have the energy to deal with disqus and it’s comments-swallowing tendencies. So you can now find me at Masala Punch on Wordpress. Hope to see you there! 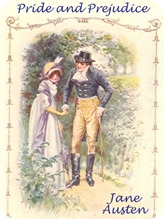 It all started when my sister and I were watching Biswajit and Rajshree cavorting in Do Dil (1965). They both played such vanilla-smelling dumb sweet and simple characters, with nary a bright spot between them, that I couldn’t help but compare them to Mr. Bingley and Jane Bennett (if you haven’t read Pride and Prejudice yet, what are you waiting for?). Once Jane and Bingley were cast, it was absolutely essential that we cast the rest of the leads too! Naturally, that meant we had to pause the film while we debated the relative merits and demerits of our choices. Here’s how it went…
Sis: But who will be Darcy? Dharamendra is the best romantic leading man in the 60s, but he wouldn’t do arrogance very well. And he was kind of thin in '65.
Me (hesitantly): Rajendra Kumar?
Sis (dubiously): Yeah. Maybe. Who else? If it were the 50s, Ashok Kumar would be the best. He was so charismatic and such a good actor. But Dadamani was too old for Darcy in the 60s.
Read more »
Posted by Bollyviewer at August 12, 2012 35 comments:

Interviewing Dev Saab is not an easy task! Once part 1 of the interview was done, I was certain that part 2 would only take me a couple of hours. I hadn’t, of course, taken into account one thing – every time I tried asking him a question, he’d just belt out one of his intoxicatingly romantic numbers, and I would be umm… distracted.

It took a herculean effort in exercising my will power to continue our chat on a normal plane. That is why this part has taken so long to come to you… 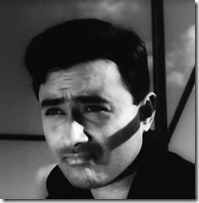 I was shocked when I read about Dev Anand’s death. He may have been the superstar of my parents’ generation, but he certainly looked like he would outlive me! If I’d ever thought about it, I’d have said that he’d go on making movies forever. Over the years, he’s spent so much time in my living room, bringing so much fun and entertainment with him, that it is impossible not to feel a bit sad that he is no more. I am only "a bit" sad because the Dev Anand I knew is forever young, handsome, and always there in his lovely films. (I refuse to even admit the existence of his post-1960s career!)
Of course, his sad demise reminded me that it was high time I paid him a visit in the 1960s. While I was there, I took the opportunity to quiz him about his great romances with women and wine.
Read more »
Posted by Bollyviewer at December 13, 2011 17 comments: 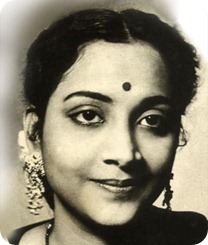 Have you ever watched a film with an impending sense of doom, heart thumping, waiting to see how the hero makes a bad situation worse? And this when it’s not even a thriller? That pretty much sums up how I felt watching this film! All I knew before was that it was based on Munshi Premchand’s story of the same name, and that it starred my favourite onscreen couple (Sunil Dutt and Sadhana). The film’s title meant that there was to be an embezzlement (gaban = embezzlement), and knowing that it was based on Premchand’s writing made me suspect the worst. As it turns out, it is a lovely film. But if I’d known just how bad things were going to get, I could’ve stopped expecting the worst and relaxed enough to enjoy the film! So for those of you who prefer to be forewarned, here goes… 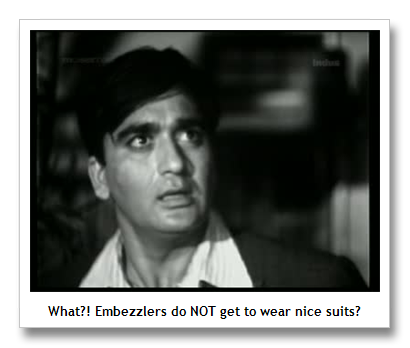