Gulzar wrote and directed this tale of a man (Naseeruddin Shah) torn between his feelings for two women (Rekha and Anuradha Patel). Every review I’ve read and every acquaintance of mine who’s seen it, has lavished praises on it. Still I resisted watching it, because I am prejudiced against love triangles where women come out the losers. Then I saw an interview of Naseer’s where he talked about how happy he was with his performance in this movie. So I decided to give it a try. And I am glad I did. Its a lovely movie inspite of some rather grave flaws! But thats Gulzar’s fault – he can turn the most unappealing stories into lovely and curiously touching movies (Basera is a good example)! 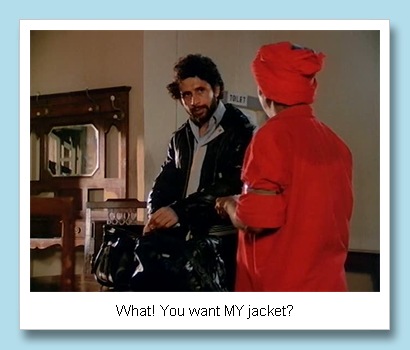 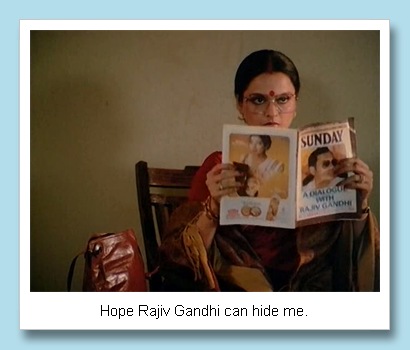 Sudha (Rekha) and Mahendra (Naseeruddin Shah) are unexpectedly stranded together in a railway station’s waiting room one stormy evening. As the night approaches and the torrential rains cut them off from any other human contact, the two revisit their past – through halting, and then increasingly more intimate conversation, deftly interwoven with flashbacks into their mutual past. 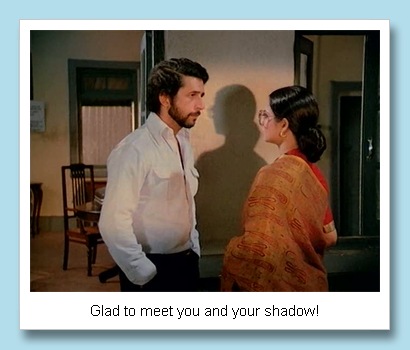 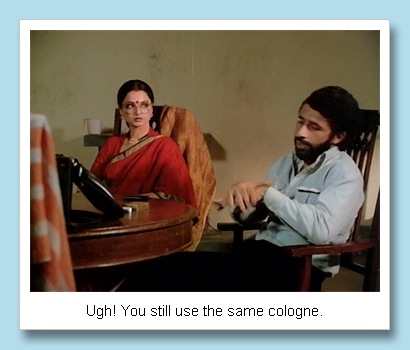 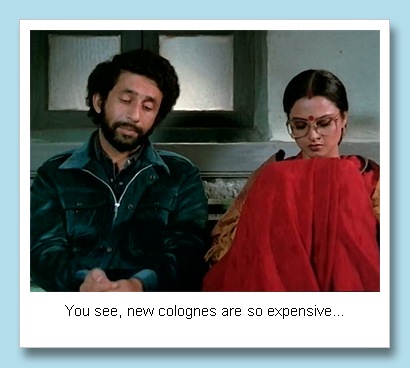 We learn that Mahendra and Sudha’s match was arranged by his revered grandpa (Shammi Kapoor), but for five years he avoided matrimony. His bachelor days finally ran out when grandpa announced his (Mahendra’s) impending nuptials within a week. A frantic Mahendra goes to meet Sudha and enlist her aid in stopping the wedding. His reason – he is in love with Maya (Anuradha Patel) but doesnt have the courage to tell grandpa. (I wonder why – grandpa looks adorably cuddly and very, very, approachable!) Sudha isnt unsympathetic but tells him to take action (I silently applaud). 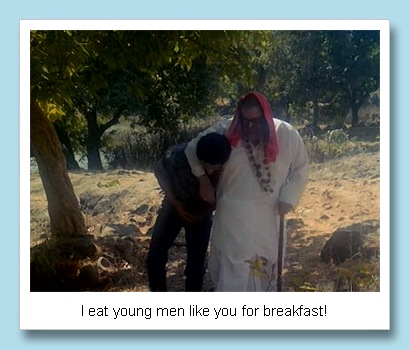 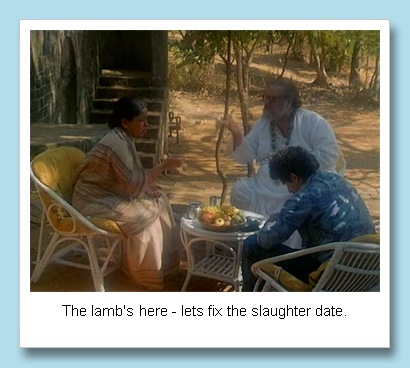 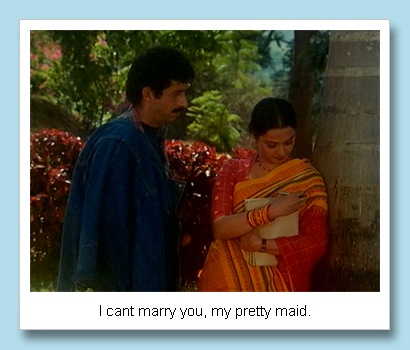 Mahendra goes home to fetch his girlfriend - exhibit A in evidence for love. Maya unfortunately takes this moment, of all times, to disappear! She does leave Mahendra with some beautiful poetry but the latter judges that it cannot replace exhibit A and proceeds to marry Sudha! Bad, BAD decision. No good can come of this, I am sure. 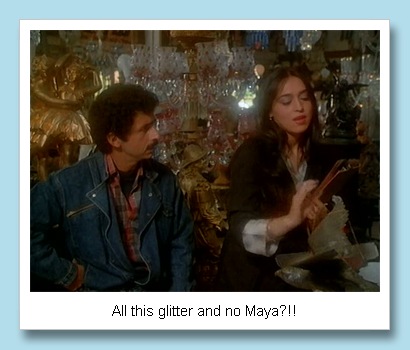 “Maya” means illusion or worldly pleasure in Hindi.
My misgivings are justified by their subsquent marital bliss, or lack of it. They have some lovely moments together – sharing news over morning tea, a stolen weekend in the mountains, and (my favorite moment, this) Mahendra sheepishly explaining his boyhood dream of becoming an actor which makes Sudha laugh at its sheer absurdity! However, their growing companionship is always crowded by the palpable presence of an unwanted third - Maya. Mahendra finds it hard to put away his feelings for Maya while Sudha finds that everything she touches at home seems like it belongs to someone else (Gulzar’s dialogues are so evocative!). 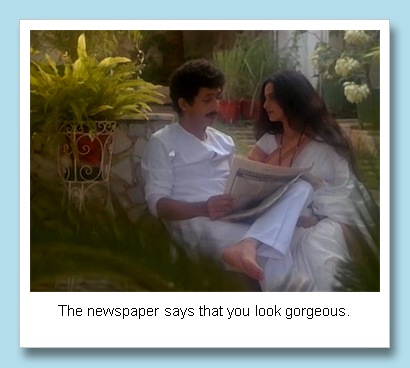 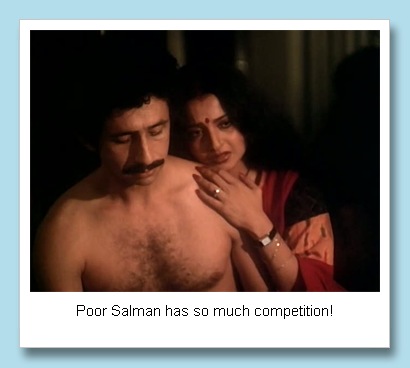 The troubled relationship gets a jolt it is unprepared for, when Maya re-appears in their life. Mahendra and Sudha struggle to adjust with her less-than-ghostly presence. Tensions escalate and one day Sudha walks out of the marriage and out of Mahendra-Maya’s lives. 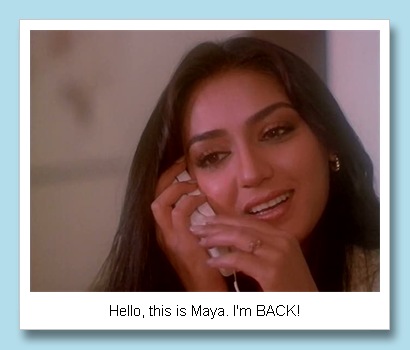 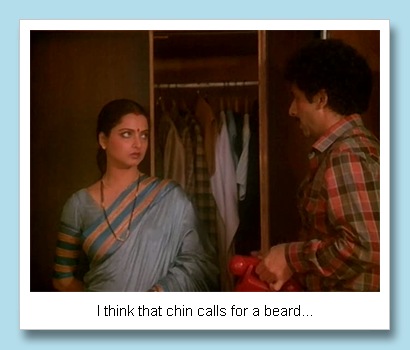 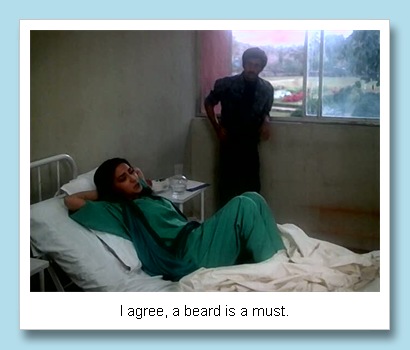 *****************SPOILER ALERT!!!*********************
In the present, the two reach out awkwardly to each other and a dialogue begins. The awkward pauses and halting sentences soon give way to shared laughter and friendly conversation. As the night proceeds and Sudha dons the mantle of the still-caring wife with ease, you can see Mahendra’s dawning hope for reconciliation. A hope that is dashed next morning by the appearance of her new husband (Shashi Kapoor) who’s rushed to her side after hearing that she was stranded in the (nameless) station. Sudha’s regretful backward glances at Mahendra, as she accompanies her hubby, do not bode well for her marriage. You realise that its the beginning of another cycle of three-is-company, with Mahendra being the unwanted third now. 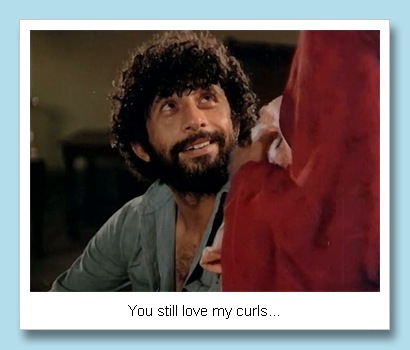 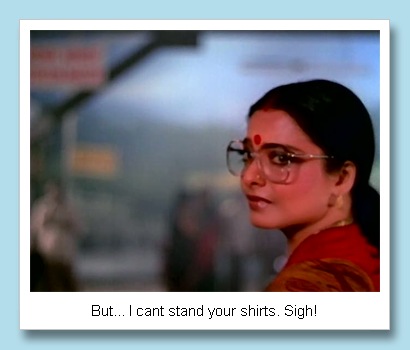 The movie is beautifully written and executed. For a saga of missed opportunities and broken relationships, its surprisingly not depressing! The story unfolds at a leisurely pace with the character’s actions and expressions rather than their dialogues, telling us their tale. Needless to say, the performances are superb. Naseeruddin Shah and Rekha are so good that I was almost convinced that their characters’ marriage was a good idea and their break-up was much to be regretted! Anuradha Patel was gorgeous but somewhat less convincing. I think her character was meant to be a free-spirited, modern girl but shows up as rather pathetic, emotionally disturbed and distressingly dependent. The rest of the cast was very good, especially Shammi Kapoor who looked roly-poly and cute and Rita Rani Kaul (she plays Mona - Maya’s friend) who looked lovely. 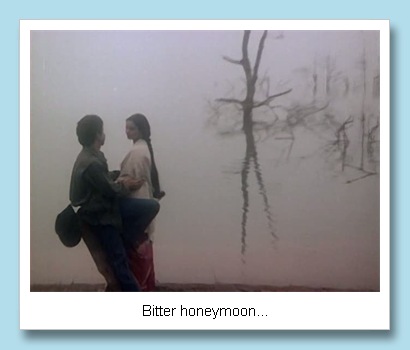 For all its virtues, I still cant get round the fact that two mature, independent people walked into a relationship that they both knew one of them didnt want! The movie doesnt use conventional ideas about respecting their elders’ wishes as an excuse, so WHY? And WHY do Gulzar’s heroines have this penchant for touching their ex’s feet (remember Aandhi which also ends with Suchitra Sen touching Sanjeev Kumar’s feet?) – surely the practice was a bit dated in 1987?
As you can see, readers, I am rather conflicted about the movie – I liked it but I liked it not! Guess I’m like the confused characters in the movie – still trying to make up my mind. How 'bout all of you watching it and helping me out here?