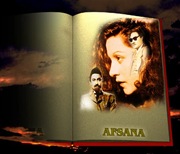 Year: 1951, Place: Bombay, India.
Writer I. S. Johar (and I thought he was just a comedian!) decides that its time Marie Corelli’s Vendetta leaves Italy to find a new home. Also, he decides that there isnt enough melodrama in the Victorian revenge potboiler! So, he does what any masala writer worth his salt (or garam masala) would do – he adds twin brothers separated at a young age, and also mixes in childhood sweethearts for good measure. The result is a highly entertaining and engrossing afsana (story). 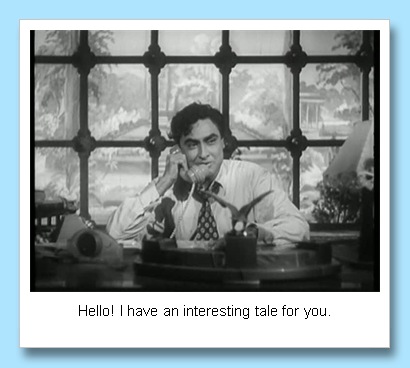 Ratan and Chaman are look-alike twin brothers who are busy having fun, acting in plays and playing with their friend Meera (a chirpy, kiddie-Tabassum!). Meera has a decided preference for Ratan and the two even play at husband and wife in their lets-pretend games. Unfortunately for them, a fair comes to town and the kids are eager to visit. Meera’s blind father (Chaman Puri) tries to stop her, but she will go to the fair with Ratan. Poor kid. She isnt to know that fairs never mix well with twins. The inevitable happens – a sudden storm strikes the fair and in the resulting mayhem, Ratan is lost, presumed dead. 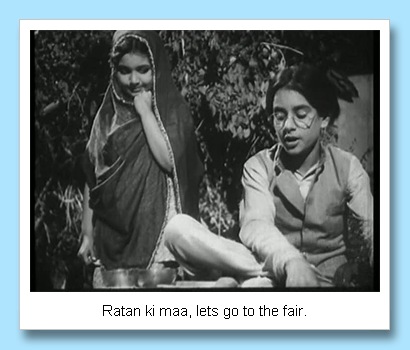 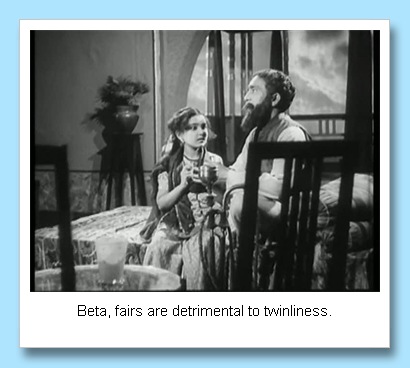 Meera grows up (Veena, now) mourning Ratan while Chaman (Ashok Kumar) tries his best to win her affections. Unfortunately, he isnt Ratan, and Meera will have none of him! So, Chaman consoles himself with Raseeli (Cuckoo) – a dancer in his theatre - and spends the rest of his time being nasty to his servants and hanging out with childhood friend Chatpat (Jeevan). 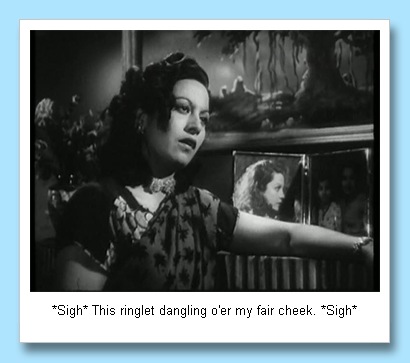 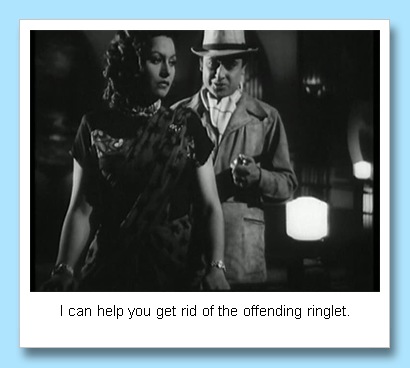 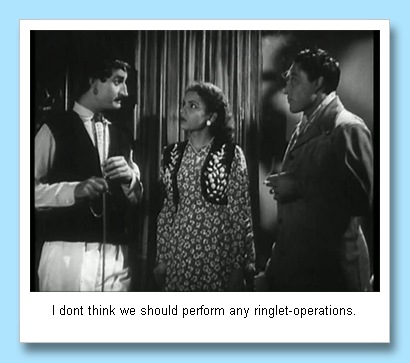 Raseeli realises that Chaman loves Meera, and in a bid to make him jealous, goes to meet rival theatre owner Sampatlal. An angry Chaman goes to Sampatlal’s house and hits him, just as the man is having a heart attack. Sampatlal drops dead and Chaman, thinking that he killed the former, flees to Mussoorie. The police, also believing that Chaman killed Sampatlal, issue Wanted ads for him. 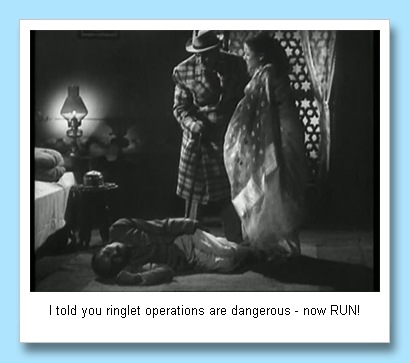 Several miles away, in another household we meet Ashok Kumar (Ashok Kumar II)! He is a judge in Gorakhpur. We learn from him that he was brought up in an orphanage after losing his memory. So there was (a) twins separated as kids in a fair, and now, (b) amnesia, too! Methinks it cant get any better than this – but it does!!!! 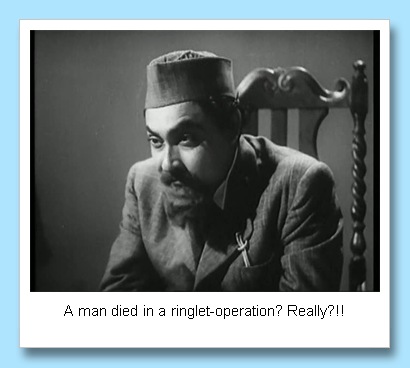 Judge Ashok is a saintly character, both literally (behold the Sri Aurobindo beard) and figuratively. He is married to the beautiful Leela (Kuldip Kaur) and his best friend is Mohan (Pran). You think that its the wrong company for a saintly judge? You’re right. The lovely Leela likes gold that glitters with a capital G, and an honest judge isnt much use in that department. Rich businessman Mohan, however, has plenty of gold (and romance) to spare. In the guise of Ashok’s best friend, Mohan lavishes his gold on Leela who reciprocates with love – an affair thats been going on for a while. 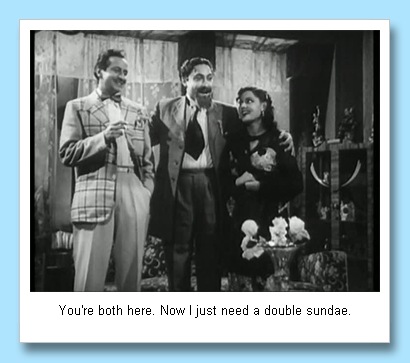 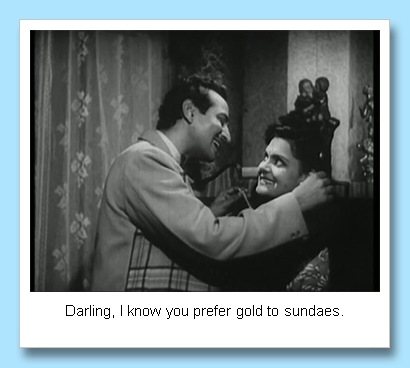 Things are at such a pass when Ashok has to go to Mussoorie for an official tour. Leela refuses to accompany him, hoping to spend some quality time with Mohan. So Ashok checks into a hotel in Mussoorie, all alone. As decreed by the Law of Filmi Coincidences, fugitive Chaman is staying in an adjacent room. Also, Chaman is the only one to spot the likeness between Ashok and himself. I had to resort to section 2, chapter 8, in the Guide to Suspension of Disbelief, to get over that one! 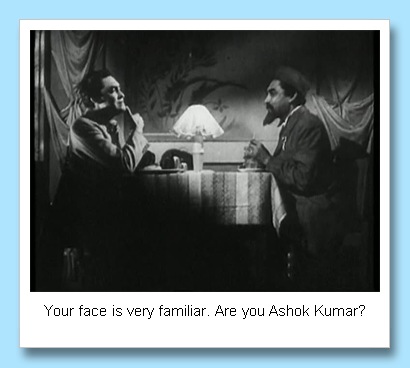 Still scared to face the LAW, Chaman is quick to take advantage of this resemblance. He engages Ashok in a friendly game of cards and manages to drug him with a lethal dose of sedatives. He then proceeds to shave off Ashok’s beard and exchange clothes with him. The changeover complete, he leaves Ashok to die as Chaman, while he himself sticks on a beard and drives off as Ashok in the latter’s car. 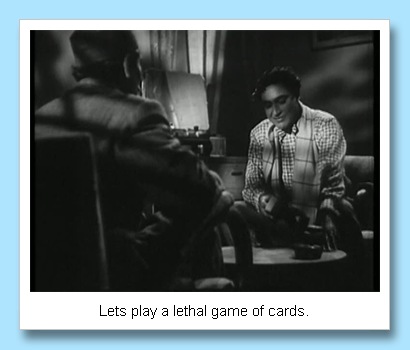 Chaman is involved in an accident and “Judge Ashok” is presumed dead. In Mussoorie, Ashok is rescued from his drugged stupor and nursed back to health under police protection. Everybody is convinced that he is Chaman! By the time he recovers, the police discover that Sampatlal died of a heart attack and Chaman is exonerated of the murder charge. Ashok’s claim that he is not Chaman but Ashok, are dismissed as drug-overdose-induced mental instability. After all, Ashok ‘died’ in an accident! 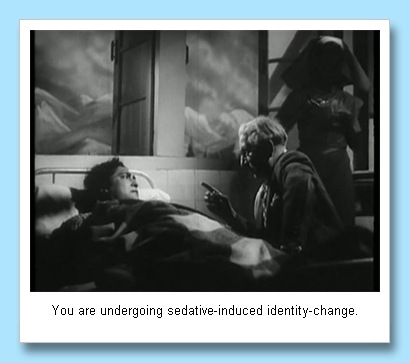 Unable to convince people in Mussoorie, Ashok goes off to Gorakhpur to surprise his wife and best friend with the joyful news of his survival. But its he who gets a surprise. He finds out about Leela and Mohan’s affair and how they carried on behind his back. A heartbroken Ashok wanders around in a daze and is found by Chatpat who has been looking for Chaman. Ashok is unable to convince Chatpat that he is not Chaman, and decides to assume Chaman’s identity, since Ashok’s life is clearly a lost cause. 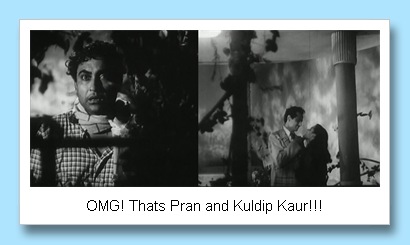 So Ashok takes over Chaman’s life under Chatpat’s guidance. His altered character and inability to recognise any friend or acquaintance is attributed to drug-trauma-induced amnesia! (Bolly-medicine zindabaad!). What is going to happen next? Will Meera stop singing sad songs long enough to recognise her childhood sweetheart? Will the new Chaman forget his past life and betrayal by Leela and Mohan? Will Cuckoo dance some more? Will Jeevan show any signs of his wickedness? If you’ve read Vendetta, you can guess what follows - or perhaps not, since there are some masala add-ons. 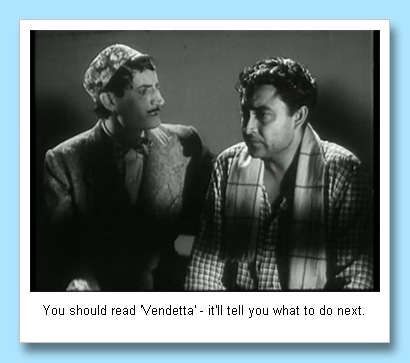 There are lots of plays/stage shows in the film that either reflect or foreshadow the events of the story – art imitating life-in-art! Surprisingly, the plays/shows actually look like real live performances with stage sets and no unnecessary costume changes! (‘Surprising’ because I am more used to 60s and later stage shows in films, where costumes and sets change at least half a dozen times in one song!) 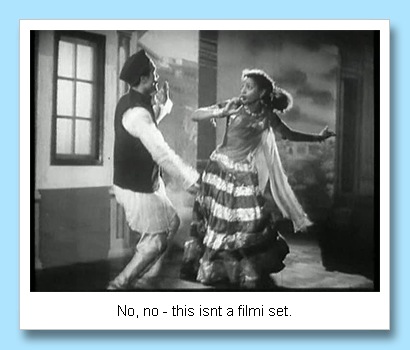 The film did strain my suspension of disbelief at some points but I was able to overcome my weakness by concentrating hard as recommended by the Bollywood Guide to Suspension of Disbelief! And there were lovely songs courtesy Husnlal Bhagatram’s music, which were an even greater help (check them out in the playlist at the bottom of the post). 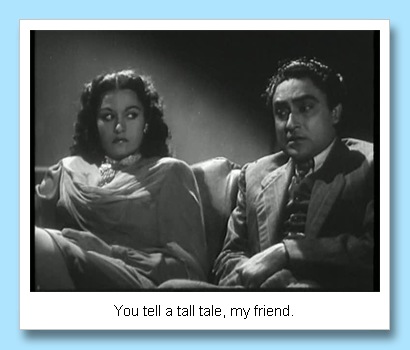 One thing that I was NOT able to ignore was Veena’s ringlets. She had her hair arranged in ringlets throughout, with one ringlet hanging over her right temple and cheek – pretty much like a black horn! In one scene Ashok Kumar even tried tucking it behind her ear – I waited with baited breath, but he was unsuccessful! And speaking of Ashok Kumar – Dada Mani was great as always. I need to find more of his hero roles and recommendations are most welcome. Of the rest of the cast, I liked Kuldip Kaur a lot. She had a pretty meaty part and did it full justice, and looked beautiful to boot. 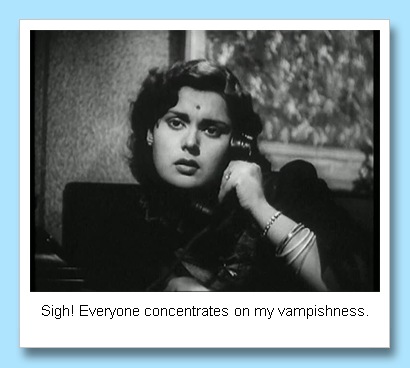 Overall, its an engrossing entertainer, even for one who’s read Vendetta and knows exactly where the afsana (tale) is headed! Those of you interested in checking out Vendetta, you can read it here (the book is now in public domain). And here are the songs from the film:
A BIG thanks to Memsaab for recommending this film and telling me where to find it!
Posted by Bollyviewer at September 24, 2009