Granger Woodruff (Jesse Metcalfe) is in trouble, deep trouble. Not only is he about to lose a crucial advertising contract, but his latest credit card bills are going to cost him a lot more than several grand in money – he will lose his heart to his credit card company! Strange as this may sound, it is TRUE. All you cute singletons with credit-card problems, read the following and be aware of the evils of your situation.
Granger is at the end of a really bad day. He almost lost a prestigious ad contract for the Hawksin Hotel because hotel supremo Kit Hawksin (Larry Miller) didnt like to see passion onscreen (is he the chairman of the Indian censor board?). And then his credit card company called to let him know that his card was suspended because of suspicious activity in his account! 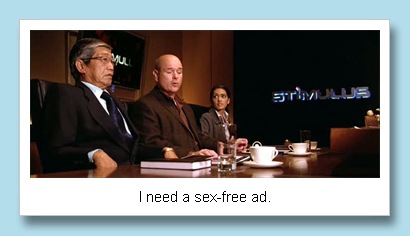 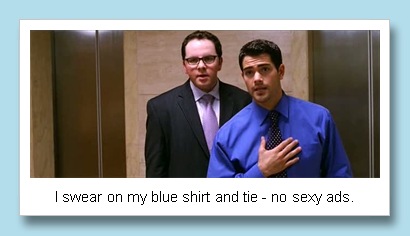 Its not all bad news though. The company voice at the other end of the line – Jennifer David – is very helpful. She works with him night and day to untangle his jumbled credit. Such close association (even through phone) is bound to lead to err… more association. One thing leads to another and Granger makes a date to see Jennifer in San Fransisco. 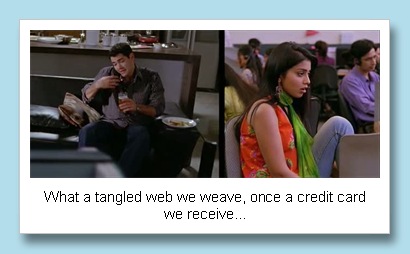 What Granger doesnt know is that Jennifer-of-San-Fransisco is really Priya Sethi (Shriya Saran), a bright young Indian woman working at his credit card company’s Bombay call centre. In addition to her brightness, Priya is also blessed with a lively and very romantic imagination. While she guides him through the maze of his credit card bills, she also begins to find out more about him (google search apparently turns up his photo and vital statistics!) and begins to nurse romantic feelings for him. Her helpful friend Zia (Tara Sharma) reminds her often enough of her engagement – to no avail! 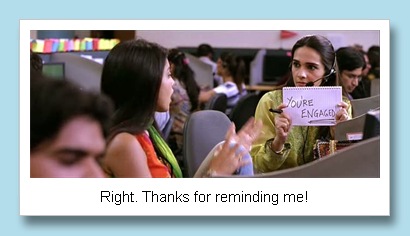 After one stifling day spent in the company of her colorless fiancé (Neel Tolani) and his domineering Mom (Vandana Gupte)’s company, Priya decides to take a romantic break in San Fransisco. She flies off to 'Frisco one fine day, leaving a very baffled and worried family behind. What makes her flight so much more romantic is that she doesnt have to deal with visa hassles or any nasty American Immigration officials (a perk of working for Hollywood?!). 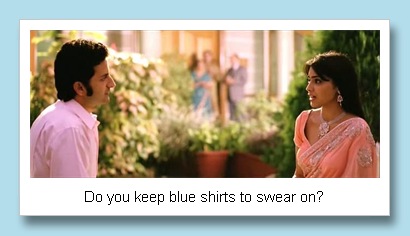 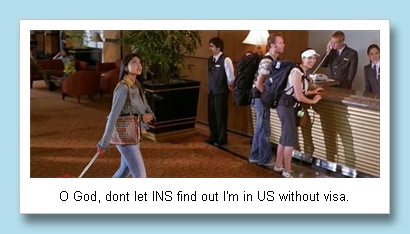 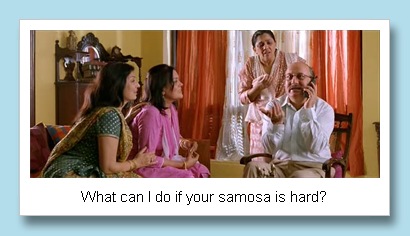 So Priya is in 'Frisco to keep Jennifer’s date with Granger, but she chickens out when she sees him. He is too cute to be told 'Jennifer' is Priya-pretending-to-be-an-American-in-Bombay? Luck is on her side, though. She bumps into Granger in a hotel lobby (literally) and he is much struck by her. He asks her out to dinner and gets to know the beautiful nurse Priya, visiting 'Frisco for a family function. Yes, she lies again! 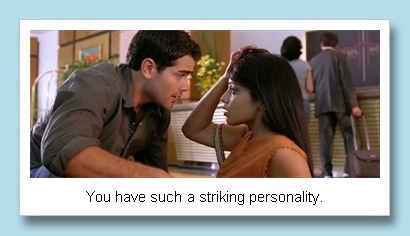 Just when it looks like Granger and Priya might be getting ready to embark on a happily-ever-after, several obstacles simultaneously erupt in the path of their budding romance. Granger’s ex-girl friend Emory (Sara Forster) turns up wanting a reconciliation at the wrong moment. And Priya’s worried parents (Anupam Kher and Sushmita Mukherjee) turn up wanting to drag her back to her suitable marriage. Much drama and comedy ensues before the end credits roll, but I shant tell you anymore. Suffice it to say that there is a very satisfactory ending… 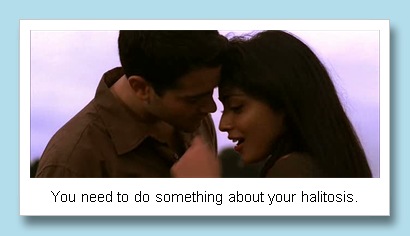 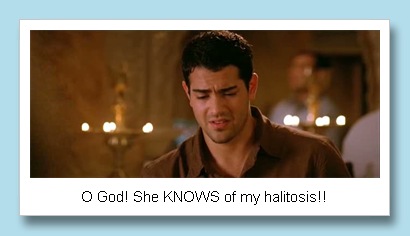 Though I found it a fun romantic comedy with a cute lead pair and great cast (loved seeing my favorite telly actors Sushmita Mukherjee and Vandana Gupte), the more than generous helpings of un-reality grated at times. Since nobody with an Indian passport can cross the American border without dealing with numerous visa hassles (it can sometimes take upto three months to get a US visa!), I just cant swallow Priya and the Sethis’ merry excursions to the US of A. And then there was the Sethi mansion in Bombay that had a big garden attached to it. Did nobody tell the filmmakers that to have such a pad in Bombay, you need to be billionaire? Mr. Sethi was supposed to be a poor, hardworking, insurance salesman and hardly likely to be able to afford a Mannat-sized home! 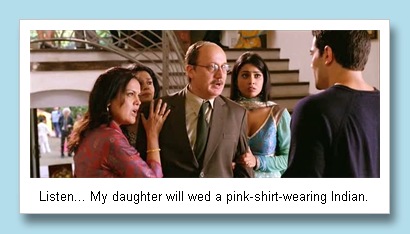 On the plus side, I loved the vignettes of call-centre education. The “American Studies” instructor has the call-centre employees identifying pictures of American celebrities and checking their knowledge of the kind of burgers made by MacDonalds, Burger King, etc.! And when one employee asks to be transferred out of her New Jersey territory, she is tersely told that, “Everyone starts at New Jersey and works their way out.” Take that New Jersey! All in all, its a cute romantic comedy and a perfect pick-me-up after a tiring day at work.