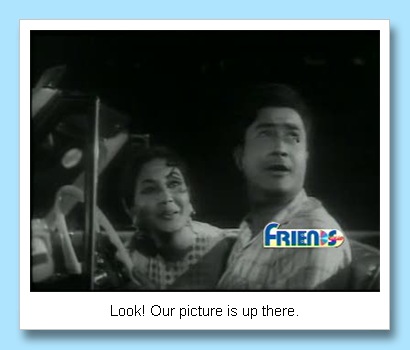 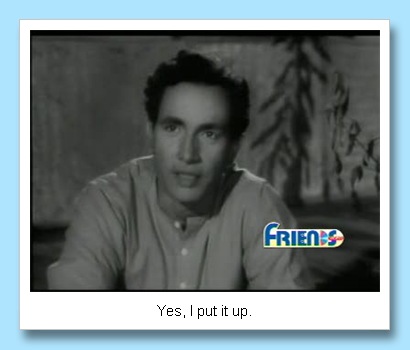 Puran (Chetan Anand) saves Neelu (Meena Kumari) and her father Bhairavdas (actor unknown) from the mobs during the Partition riots of 1947. Bhairavdas is appropriately grateful and interested in Puran as prospective husband for Neelu. Unlike a traditional Dad though, he leaves the decision up to Neelu. She takes her time deciding, while Puran holds soulful communication with her portrait. 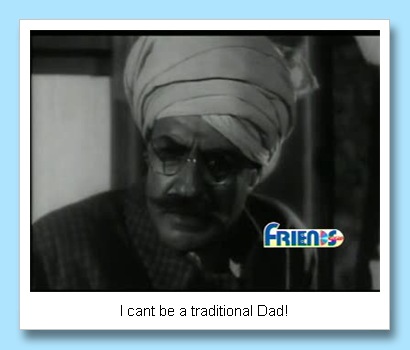 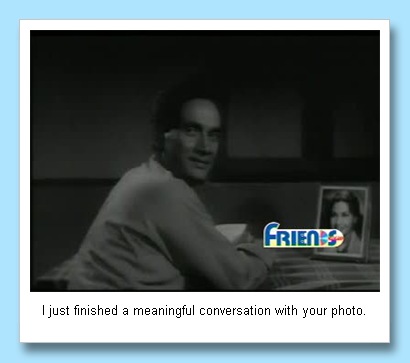 Enter a romantically good looking and smooth-talking, Kamal (Dev Anand with his famous puff!). He is found injured on the road by Neelu who helps nurse him and (of course!) falls for him like nine-pins. Poor Puran! He reluctantly relinquishes all hopes of gaining Neelu’s affections. Kamal’s convalescence proceeds fairly rapidly and within no time he is helping Bhairavdas with his farm, while still finding time to romance Neelu and tell her about his wanderlust. 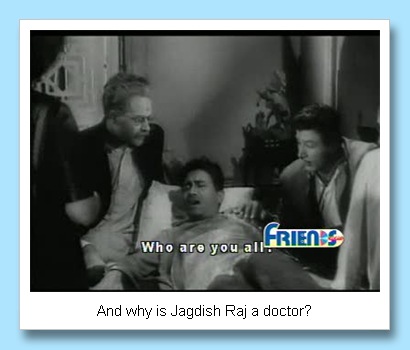 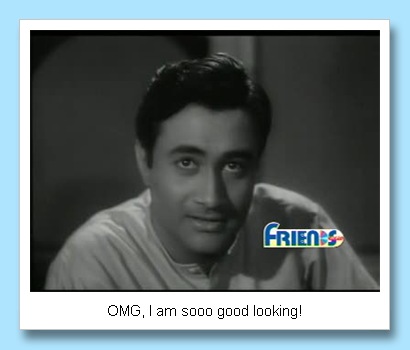 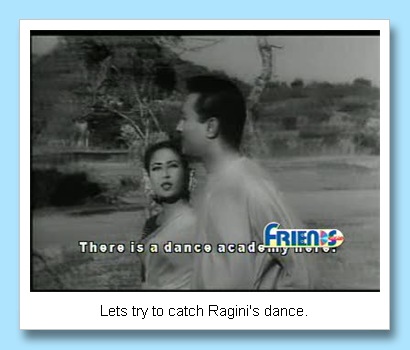 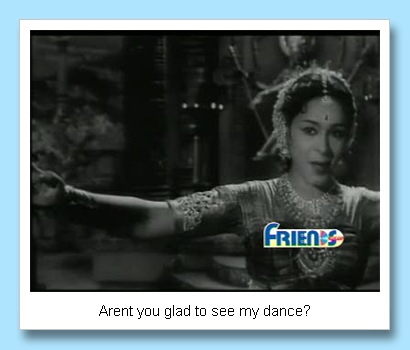 Puran and Kamal arent the only ones interested in Neelu. There is a third candidate for her hand, Manohar/Shamsher Singh (he’s addressd by both names!) who isnt as ready to let go of Neelu’s hand as Puran is. He takes the trouble to engineer a few attempted murders of Kamal. Unfortunately, Manohar/Shamsher isnt quite as gifted in the brain department as your average villain is. Kamal escapes unscathed each time, with minimum of pother! Bhairavdas finally decides to call in the cops, even though Kamal protests strongly against it. 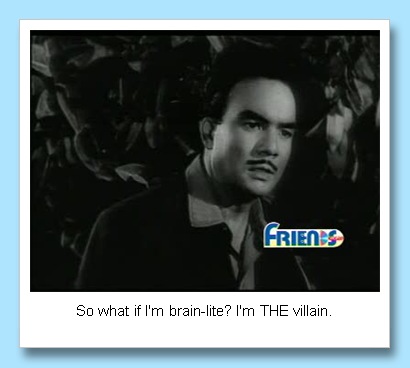 Kamal’s reluctance for police company and his wanderlust, both, are explained the next day. He leaves town, leaving behind a letter for Neelu that Puran finds. In the letter, he explains that he is an escaped convict. He once jumped in to save a girl’s izzat, and ended up being convicted of murdering the would-be-rapist as the saved girl didnt stick around to thank him. Puran, in his immense love for Neelu, decides to hide these facts from her (?!!). He tells Neelu that Kamal is gone for good. For good measure, he also adds that he destroyed Kamal’s last communication to her. I assume this is because he had to give her cause to hate him – else how could he be the tortured soul, the one hated by his beloved? 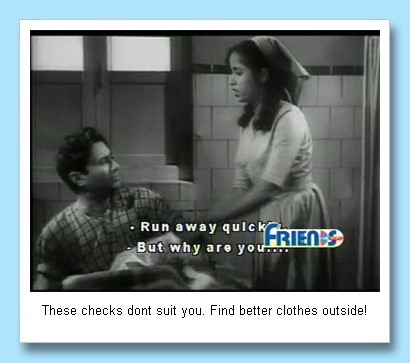 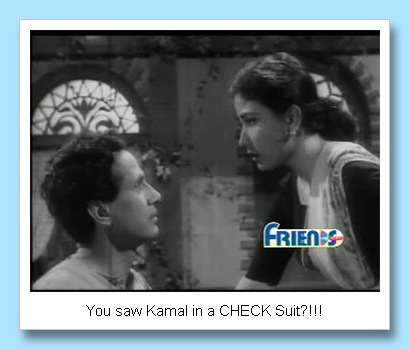 Of course, the trauma-drama isnt over yet. Kamal goes off to Bombay and once again acts as a crime stopper. He saves a Sethji and his female companion from being robbed. For once, his good-hearted intervention is rewarded. The Sethji offers him a job in his business and a plush pad in South Bombay. The fly in the ointment is the female companion – Usha (imdb suggests Kammo, but I am not sure who she is) - who develops a crush on Kamal and does her best to seduce him. Our doughty hero is of course, steadfast in his love. He refuses to be enticed, much to Usha’s fury. 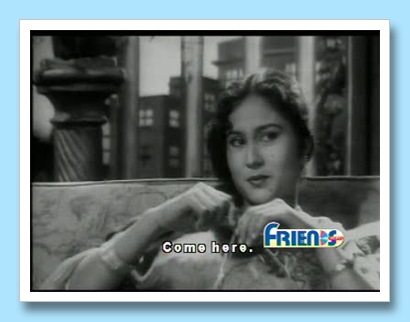 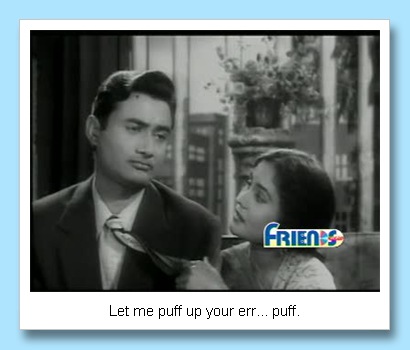 Neelu in the meantime, has developed a heart condition that can be fatal, and is brought to Bombay for treatment. According to the laws of filmi-coincidences, Puran and Kamal run into each other and soon, Kamal is re-united with Neelu. This time though, its for keeps. Neelu flies off to Europe for the magical cure and the two plan to get married as soon as she returns. 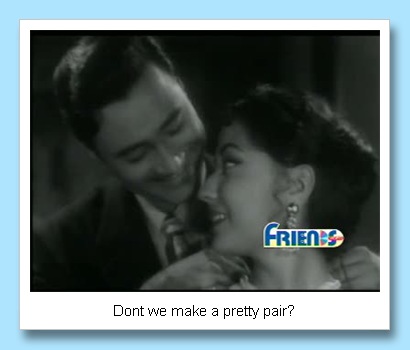 Unfortunately for Kamal, he hasnt seen as many movies as I have. Had he seen half as many thrillers as I have (or even read a fraction of the murder mysteries/romances that I’ve read) he wouldnt have put his black past down on paper! He’d have known that incriminating letters always come back to haunt the hero/heroine, and wouldnt have written that letter to Neelu! The letter inevitably falls into the wrong hands. Will it affect his wedding or even his hair puff (which has proved completely accident proof, so far)? Will Puran get more chances for martyrdom? Will I be able to make it through the rest of the movie? The answer to most of these questions is, YES! 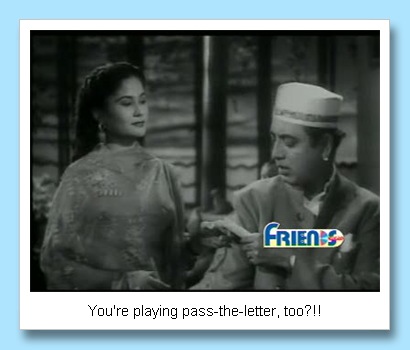 The movie was directed and co-written by Chetan Anand, and appears to have been written solely to provide him with an opportunity to play the tortured martyr! But that wasnt the worst of it. The whole movie had a rather disjointed feel to it and the story didnt flow very smoothly. That could be because its the “disc manufacturers’ cut” instead of the more normal “director’s cut”. What cant be blamed on the disc manufacturer though, is how boring the whole film is. It has an interesting plot, but the execution is very poor. There are several unnecessary diversions that could so easily have been cut out. For example, a lot of time is spent initially in lauding Puran’s bravery (he apparently lost his own family because he wanted to save Neelu’s!) and all to explain why he cant directly ask for Neelu’s hand in marriage! This is soon forgotten and never again alluded to. Then there are several cartoonish and inept villains who wouldnt scare a child of two, but have Neelu cringing in Nahiiiiiin-drenched tears. Not only did it stretch my suspension of disbelief to breaking point, it also made me pity Meena Kumari for being stuck in the film! 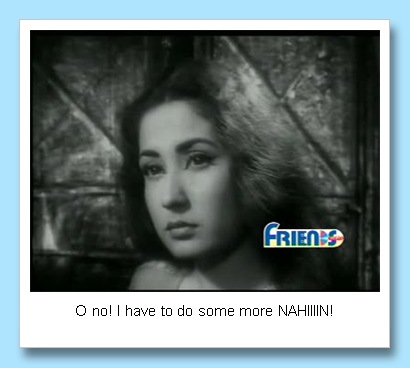 On the plus side though, there are Dev Anand and Meena Kumari who look lovely together and manage to look pretty convincing as a romantic pair. I wouldnt mind seeing their other pairings, even if the films turn out to be as lack-lustre as this one! The other big plus was the songs. They were rather unevenly distributed and surprisingly, there werent any love-duets. But what was there was great. Chale ja rahe hain, Har aas ashq-baar hai, Teri tasveer bhi tujh jaisi, Jab gham-e-ishq and Der na hogi palchhin ki are all lovely. 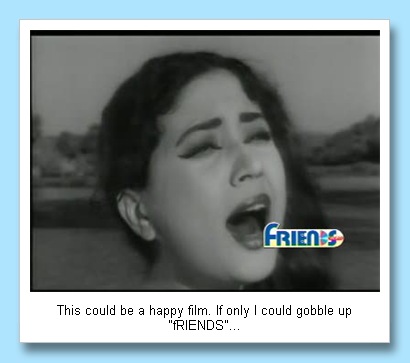