I cant remember a time when I havent loved this film. As a child I shed buckets of tears over the heroine’s tale of woe, blissfully wallowed in her happily-ever-after, and of course, followed her lead to fall in love with Balraj Sahni’s sensitive, compassionate and oh-so-empathetic social worker. My grown up self sheds no more tears, but the rest of my reactions remain the same!
Gauri (Nutan) is an orphan brought up by her boozing-gambling Uncle Kashinath (Shivraj) and his shrewish wife (Praveen Paul). Like Cinderella, Gauri does all the housework while her Aunt verbally and physically abuses her. Gauri also earns money for the family by working in a rich household where the mistress abuses her. 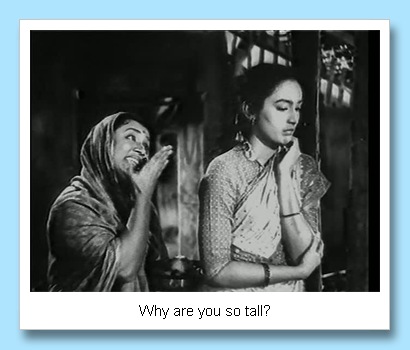 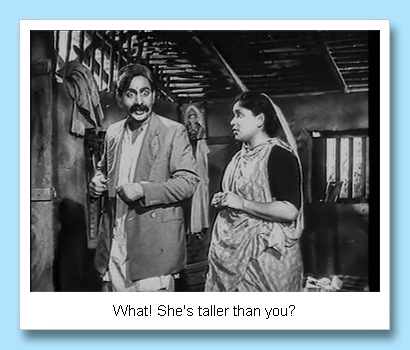 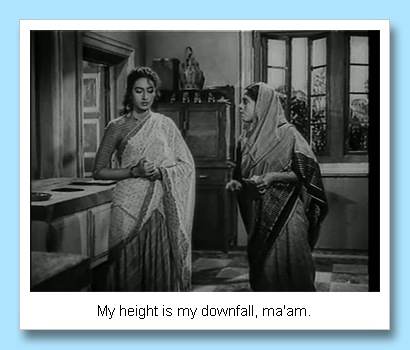 In between bearing all this abuse uncomplainingly, Gauri manages to find time to amuse and feed the neighborhood kids. Yes, she is the quintessential “good-girl”, but she isnt completely spiritless, as fellow servant Bankelal (C. S. Dubey) finds when he tries to flirt with her. The lady will have none of him, and in revenge, Banke frames her for a domestic theft. 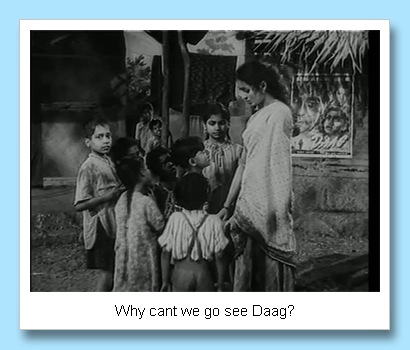 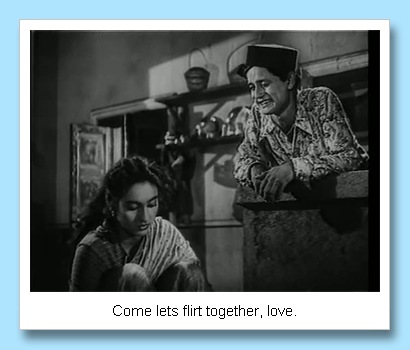 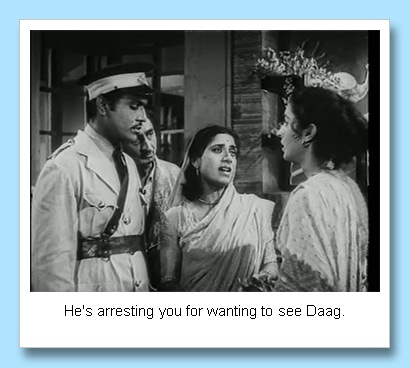 As a juvenile first offender, Gauri is released into her Uncle’s custody. The evil Aunt though, wont stand for a “thief” at home and poor Gauri is thrown out. She spends a tiring day looking for jobs and when she is unceremoniously shown the door everywhere, makes her way to Banke’s home to beat him up! Banke, slimy snake that he is, gets the police to save his skin and embroils Gauri in yet another police case. 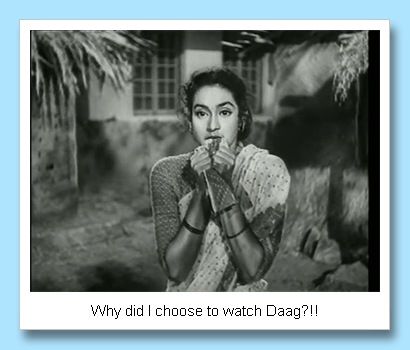 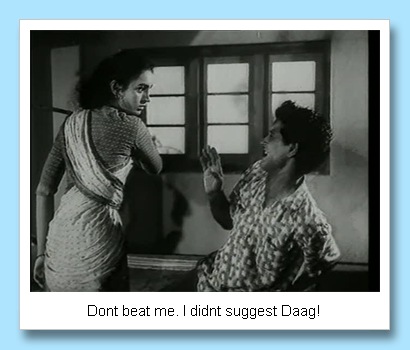 Since Gauri’s Uncle refuses to take responsibility for her this time, Gauri is sent to a woman’s remand home run by the compassionate and understanding warden Ashok aka Babuji (Balraj Sahni). Unfortunately for Ashok, the patient, uncomplaining Gauri has had enough of the world’s injustices and has turned rebellious. She is rude and abusive to everybody – including the matron (Pratima Devi) - and doesnt even spare the furniture and windows! Yay! Wish I could get away with attacking window panes like Gauri… 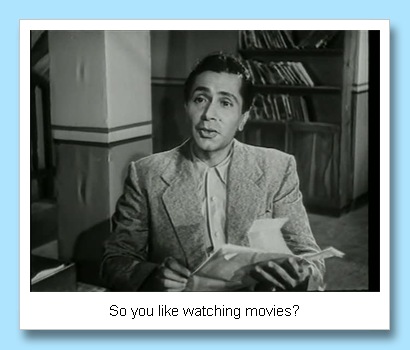 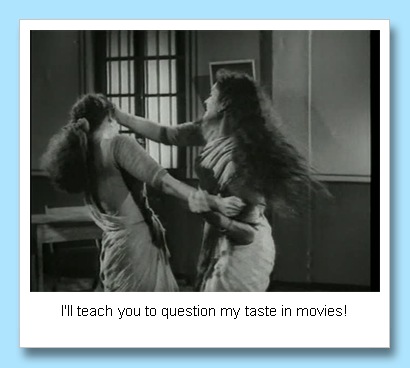 Ashok’s calm reception of her outburst and his praise for her tuneful singing (Nutan was very musical – check out Memsaab’s post on it!) completely disarms her, and before she knows it – she’s on her way to a new life. This new life includes useful work at the home and a great friendship with fellow inmate Putli (a spunky and absolutely deeeelightful Shubha Khote in her debut role) - yay for gal pals. 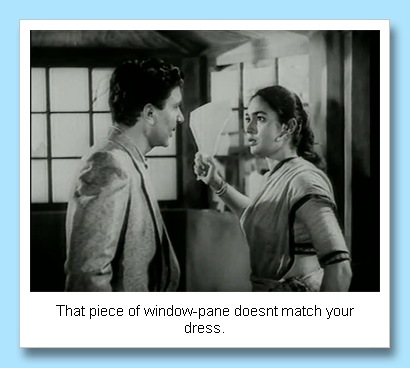 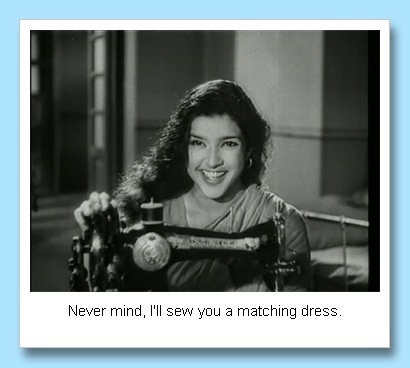 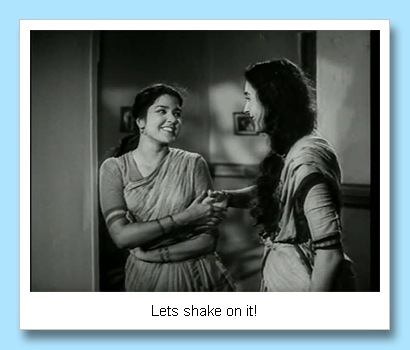 Between Ashok’s uncritical mentoring, her work in the home and her blossoming friendship with Putli, Gauri finally finds her place in life. She doesnt forget to settle old scores though, and with Putli’s help, manages to escape and get even with Banke. She thrashes Banke (yesss!!!!) and I heave a sigh of blissful contentment. 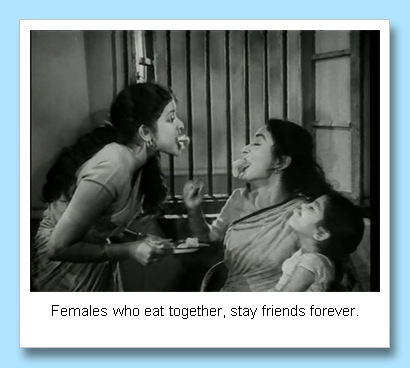 Putli has her own tale – she’s a small time thief and big-time trouble-maker. She makes up for it all though, by helping to catch a thief after a thrilling cycle chase! 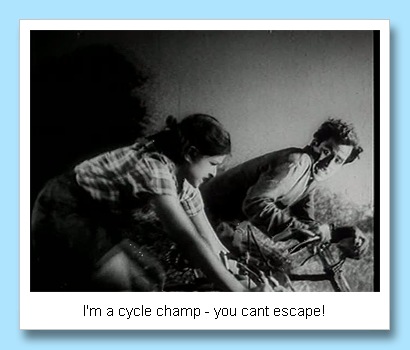 While all this is happening, Gauri is moving from hero-worshipping Ashok to being sincerely attached to him. His path to loving her though, isnt so clear to me. But what the heck, I’m not complaining. As long as I get my dose of romance, I’m happy. Upperstall’s thoughtful review notes that the romance was rather forced and probably added on to appease audience’s need for a romantic, side-plot. Dont know about others, but this audience would have been seriously displeased if Ashok and Gauri hadnt fallen for each other! There is trouble though, because Ashok is ill and wants her to marry his second-in-command, Murli (Sunder). Will she? 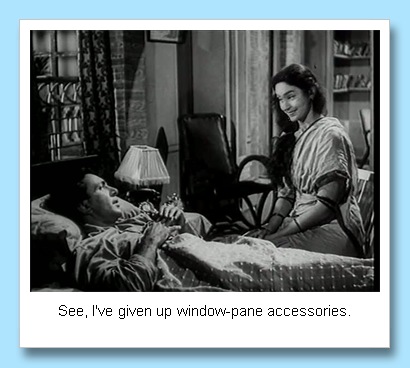 Nutan is lovely as the sweet, put-upon, but ultimately spunky Gauri. She bagged her first Filmfare Award for this role. Balraj Sahni does his usual best and is very charismatic as the earnest and caring Ashok. The big surprise though, is Shubha Khote. I dont think I’ve ever liked her so much. Her Putli is an engaging scamp and very, very memorable for her spunk and her saucy lines. C. S. Dubey’s Banke is appropriately sleazy and villainous – and he seems to have made a career out of similar roles, hereafter! I mustn't forget to mention the songs that set the tone of the movie – Shankar-Jaikishan’s music, Hasrat Jaipuri’s and Shailendra’s lyrics come together into some lovely songs: Suno chhoti si gudiya, Tu pyaar ka sagar hai, Kahan ja raha hai, Baat baat mein rootho na, Humen bhi de do sahara, and Manmohana bade jhoothe.
For a rather sentimental, oft-told tale, heavily laden with social messages, its a delightfully sweet and engaging movie and well worth a watch (several watches, in my case!).
Fun fact: According to the Upperstall review, Shubha Khote was a cycling champion before her foray into movies and writer-director Amiya Chakraborty incorporated the cycle-chase scene to showcase that!
Posted by Bollyviewer at January 21, 2009