Bride and Prejudice (2004) - Jane Austen gets spiced up

The title says it all. The movie has lots of brides, brides-in-waiting, brides-to-be (there are grooms too, of course, but they don’t really amount to much) and a truckload of prejudices. The movie is roughly based on Jane Austen’s romantic comedy Pride and Prejudice. By roughly, I mean that Austen’s story comes in for some rough handling here. However, we will ignore Jane’s hurt sensibilities at the mangling of her novel and enjoy this adaptation on its masala merits! Those of you who are familiar with Pride and Prejudice probably don’t need to be told the plot. Those who aren’t, you need to read the book ASAP or proceed with reading the rest of this post.
Clueless-but-Cute-American William Darcy (Martin Henderson) comes to Hicksville, India (Amritsar to the uninitiated; and the appellation is his, not mine!) to attend a friend’s wedding. Also with him are his friends the Anglophilic Indians (Naveen Andrews and Indira Varma) who rejoice in the Indian names of Balraj and Kiran Bingley. You may charitably conclude that they are the Indian descendants of Austen's Bingleys who settled in London's high society. 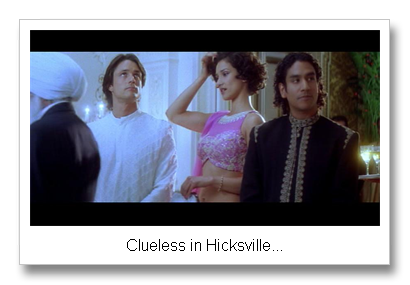 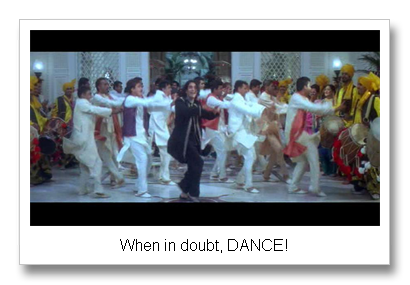 In the wedding, they run into the Bakshi family that is overflowing with marriageable daughters. The Bakshis are also closely related to the von Trapps - they all sing and dance with the exception of Mr Bakshi (Anupam Kher). Daughter-in-chief is Jaya (Namrata Shirodkar) a bordering-on-simpleton-sweet girl. Bakshi daughter number two is the gorgeous Lalita (Aishwarya Rai) who is single-handedly responsible for most of the prejudice in the movie. There are more daughters, but we need not concern ourselves about them. I musnt forget to mention Mrs Bakshi (Nadira Babbar) who is more fun than all her daughters put together and can sing like nobody else! 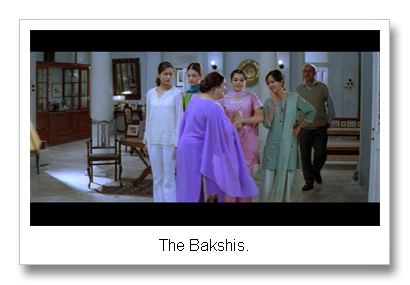 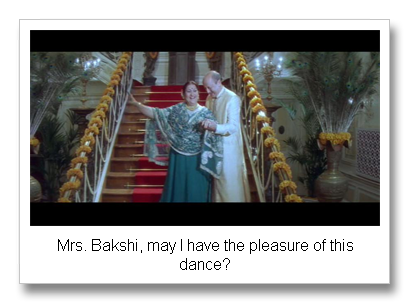 The Anglo-Americans meet the Indians and there is immediate chemistry - the attractive kind between Will-Lalita, Balraj-Jaya, and the repulsive kind between Kiran and the Indians. Balraj and Jaya dive straight into the pool of love, while poor Will sustains several debilitating snubs from the prejudiced Lalita. Lalita's unmerited rebuffs do nothing to dampen Will's ardor. Just when you begin to anticipate several successful love stories, tragedy strikes. 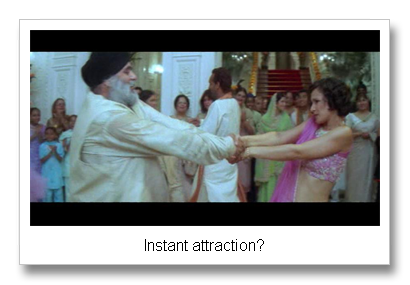 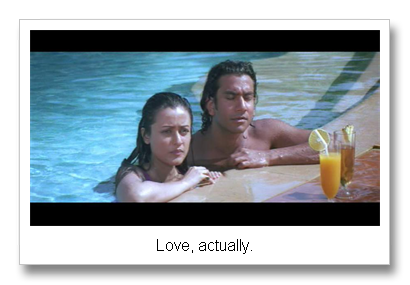 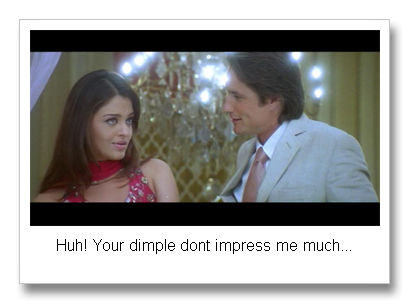 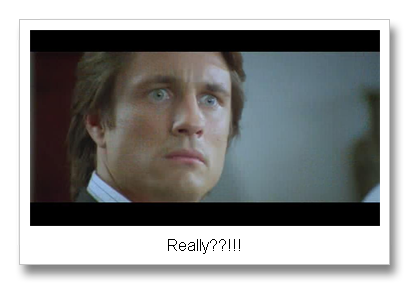 The Bakshi pater familias invites Mr. Cute Guy, Mr. Rich British Guy and Ms. Snooty Bingley over for dinner at their place. The entertainment for the evening is provided by a younger Bakshi daughter who performs a surreal snake dance. The British and Americans immediately join hands to steer clear of all things snaky. They decide not to ally themselves to such a venomous family and all the romances are suddenly called off! Exit Mr Darcy and the Bingleys. Enter heartbreak, Mr. Wickham and Mr. Kholi. 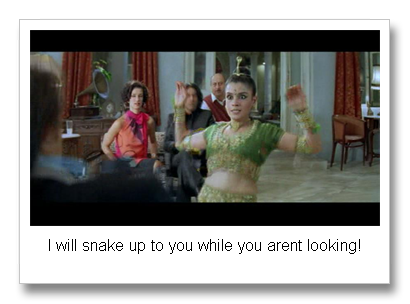 Johnny Wickham (Daniel Gillies) is a visiting tourist whom Lalita picks up at a Goa beach and who turns out to be none other than Will's former nanny's son. He fills Lalita's head with tales of Will's perfidy and cements her already rock-solid dislike of the poor guy (strictly figurative as Will is pretty rich in worldly goods). 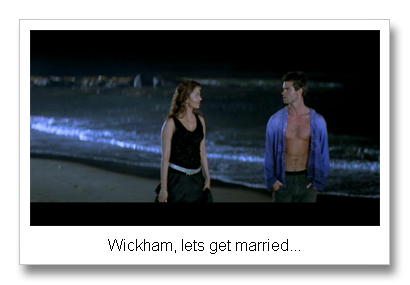 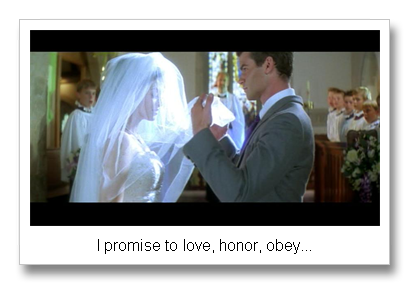 Mr. Kholi (Nitin Ganatra), is an NRI (non-resident Indian) relative of the Bakshis who has come all the way to Amritsar from California to search for a bride. He is dazzled by the abundance of bridal material in the Bakshi household but finally decides to honor Lalita with his romantic attentions. Alas, the disdainful dame will have none of him and he is obliged to marry her friend Chandra (Sonali Kulkarni). The wedding is to be held in California and the Bakshis are invited. 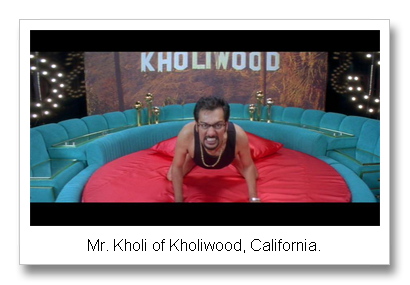 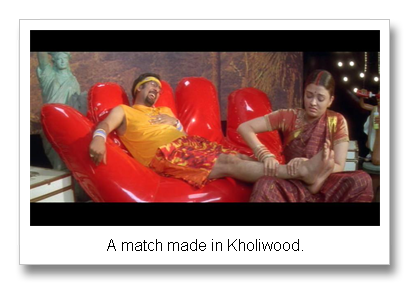 Jaya, Lalita and their Mom travel to California, stopping over at London to visit the Bingleys. The Bingleys, or rather Ms. Snooty Bingley, gives them the cold shoulder and the dejected Bakshis travel on to California. Here Lalita meets Will Darcy again and his unwavering regard softens Lalita's diamond-hard heart. There is even a soft romantic song in the true Bolly-tradition. OK - now they live happily ever after, you think to yourself. You wish! 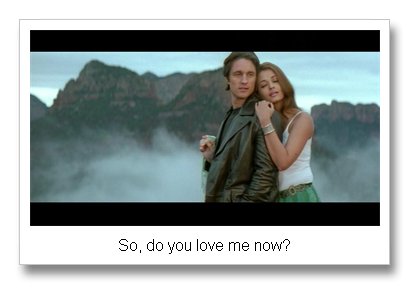 Will's Mom and ex-girlfriend combine to create a rift between the two and the process is inadvertently completed by Will's sister, Georgie (Alexis Bledel). Lalita and Will part and the Bakshis return to London where fresh trouble awaits them. 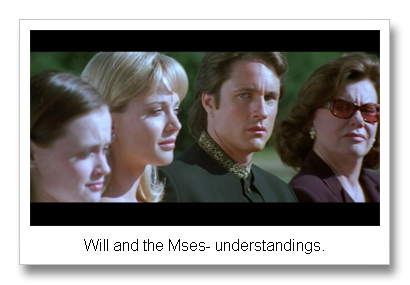 This is as far as I go with my storytelling. Pride and Prejudice regulars know what happens next. The rest of you might want to visit the Bakshis to find out what happens to poor Will's love and the Bingley-Bakshi union. 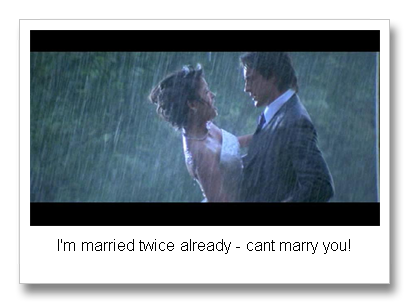 I wont go into details of performances - the actors were all running true to form and acted very well in an over-the-top-Bollywood way. A short note on my favorites in the movie - Nadira Babbar is super as the slightly silly mother of five daughters who is anxious to get them married-off. Loved Nitin Ganatra whose Mr. Kholi is very silly, conceited and sooo begging to be taken down several pegs. Indira Verma was seriously gorgeous as Kiran Bingley and so deliciously snobbish - I could barely recognize the lady who played the fugly Maya in Mira Nair's Kamasutra.
Visually speaking, this movie was a complete collection of beautiful people and a parade of rich designer wear. Producer-director Gurindar Chadha's much-hyped venture after the hugely successful Bend It Like Beckham, this one is a complete Bollywood masala experience. There are weddings with awesome costumes and great dances, romance, drama, tragedy, comedy and great songs. There is even an *item-number* by singer Ashanti. The movie was shot in English but released in both English and Hindi. I prefer the English version, though the songs sound better in Hindi. 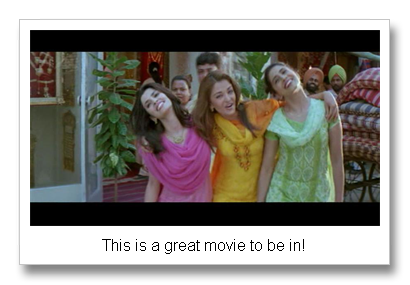 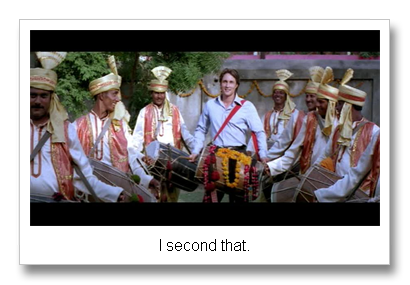 I am very fond of Pride and Prejudice and loved the spicing up of my favorite classic but have to admit that not all Austen fans would care for it. However, if you like Bollywood masala, you are going to like this one.
Posted by Bollyviewer at July 03, 2008