I had vague memories of watching this murder mystery years ago and enjoying it. But my memories hadnt prepared me for the dramatic fog (Dhund) of mystery that envelopes the film, or for all the stunningly beautiful people with homicidal tendencies that inhabit the fog-ridden world of this film!
Onward with the story… On a misty mountain road, a car meets with an accident and the driver, Shekhar (Navin Nischol), knocks on the door of the nearest house to get help. He finds the door unlocked and decides to walk in. Inside, he discovers the murdered master of the house - Ranjit Singh (Danny Denzongpa) - and the murderer holding the proverbial smoking gun. This is how good murder mysteries should begin. :-D When the camera moves to show the murderer, I’m not surprised that ‘he’ is a gorgeous woman – the script requires it! To make matters even more interesting, the gorgeous woman turns out to be none other than Ranjit Singh’s long-suffering wife Rani (Zeenat Aman). 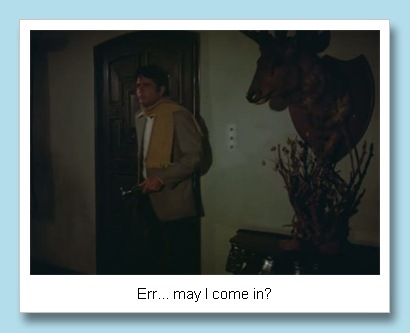 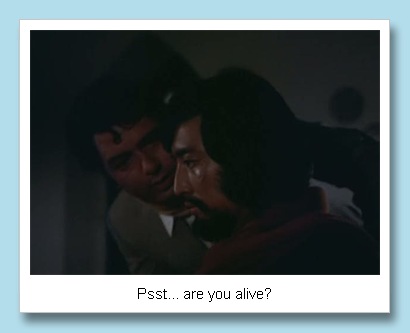 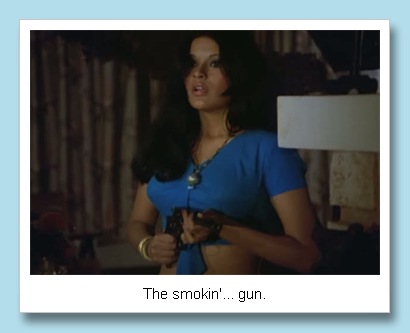 Rani tells a tale of years of relentless persecution that culminated in a fight where a loaded gun went off accidentally, and the persecutor became the victim. Moved by her tale of woe, Shekhar decides to help her escape a murder rap (who wouldnt want to slay dragons for such a beautiful damsel-in-distress?!). A plea of self-defence occurs to neither of them! O wait, maybe self-defence is a modern phenomenon and didnt occur in the 1970s? 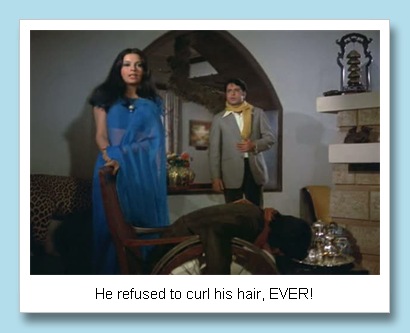 Shekhar and Rani concoct a tale of a fictitious break-in to explain Ranjit’s murder by an unknown outsider and also contrive to give Rani an alibi. Things go smoothly for the conspirators. The body is duly discovered by the house-maid, Radha, whose screams summon the rest of the household. Shekhar makes his re-entry as a car-wrecked stranger seeking help, and calls in the police. The law-enforcement turns up in full force with Inspector Joshi (Madan Puri), Inspector Bakshi (Jagdish Raj) and several others. (Its re-assuring to know that even at midnight, police stations are so full of policemen!) 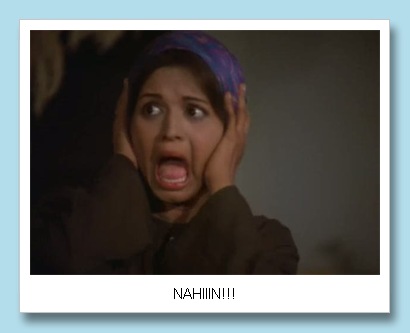 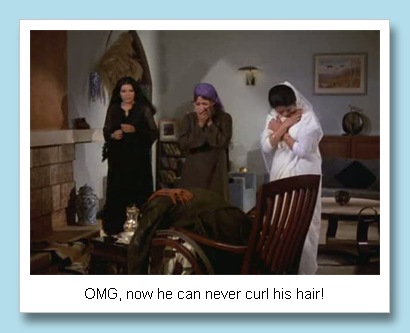 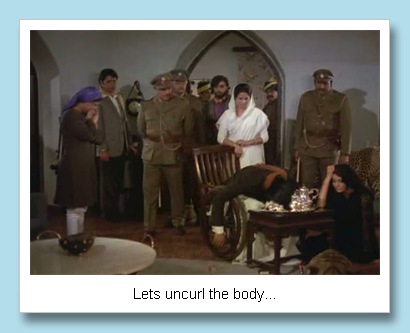 When the police begin the questioning, Shekhar hands over the murder weapon with the story of picking it up after colliding with a man running out of the house. He claims to be unable to describe the stranger as the mist hid the latter almost completely. The police find the “evidence” of robbery but are convinced that its an inside job. They begin to look for the murderer in Ranjit Singh’s own household. And the more they learn about Ranjit Singh and his family, the more suspects they find! 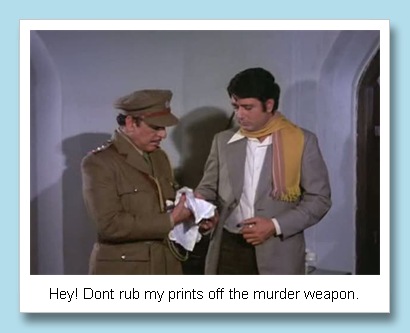 Ranjit Singh was the most menacing and black-hearted villain ever to grace a murder mystery. He lost his legs in a hunting accident, but this handicap did not hamper him in his villainy. He drove his delicate half-brother mad by his continual harassment, while his step-mother (Urmila Bhatt) was forced to look on helplessly. He antagonised the servants and the neighbours by using them for target practise! 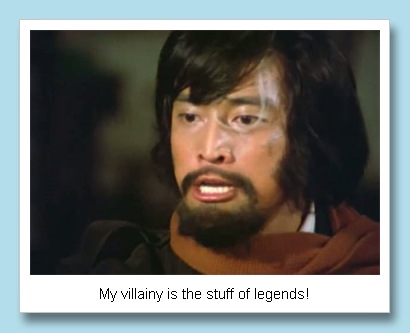 There was only person Ranjit Singh seemed to get along with. And that was Suresh (Sanjay Khan) – a lawyer and budding politician - who played chess with him everyday. This friendship didnt last long though, as Suresh and Rani fell in love and wanted to get married. Ranjit Singh had no intention of freeing Rani, and threatened to ruin Suresh’s political career by creating a scandal. 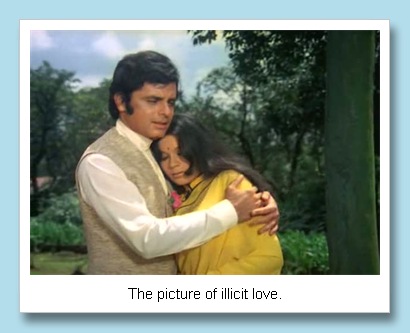 So, in true Agatha Christie fashion, the scene is set for a domestic murder with the household and Suresh as suspects. Further investigation centres the suspicion on Suresh as he has – a) motive: Ranjit Singh was threatening to ruin his life, b) opportunity: he visited Ranjit Singh around the time of the murder, and, c) was probably the man seen fleeing from the house by Shekhar. Poor Shekhar – in trying to extricate Rani he’s managed to implicate an innocent man! Or has he? Things arent all they appear to be. Was Rani’s admission a cover-up to save Suresh? Will Shekhar persist in his false testimony? Will Ashok Kumar save the day? Will Suresh reveal a hitherto unknown sartorial crime? I’d tell you more but the film-makers requested me not to reveal the end! 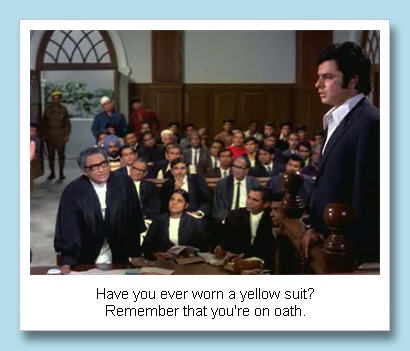 Dhund is an old fashioned murder mystery in the best Agatha Christie tradition, and is done pretty well. But no Bollywood murder mystery, not even one made by B. R. Chopra (as this one is), is complete without the obligatory plot-holes and forensic irregularities. The one that made my Law And Order indoctrinated brain scream in horror was Rani and Shekhar manufacturing evidence with no thought to finger-prints! Of course, there is also a murder trial that follows no known legal procedures of any country - but that is again mandatory in a good murder mystery! 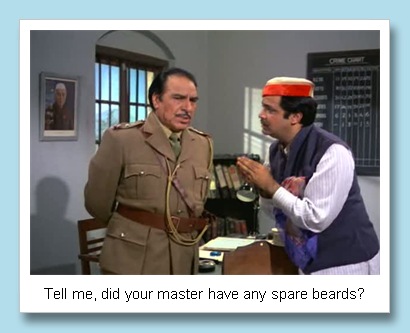 On the plus side (and there are many pluses in this film), is the nice soundtrack. I love the title song - Sansar ki har shay ka – and Zeenat’s piano number - Uljhan suljhe na - while the two dance numbers - Jo yahan tha woh wahan and Jubna se chunariya - are also pleasant. More on the plus side is the cast - its overflowing with some very good looking people. Sanjay Khan, Naveen Nischol and Zeenat Aman were at their beautiful best, here, and Danny at his scariest! One more plus – a married woman gets to commit adultery and isnt given a lecture on womanly honor and duty. YAY!!!! 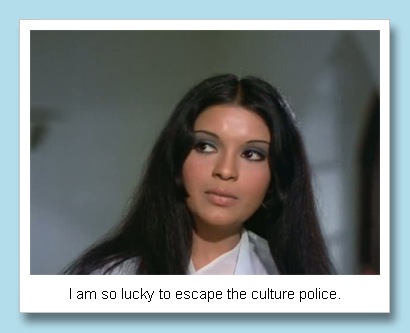 Minor quibbles apart, Dhund is a taut, suspenseful, mystery drama and as such, gets the OiG’s murder-mystery-thumbs-up!
Posted by Bollyviewer at April 28, 2009