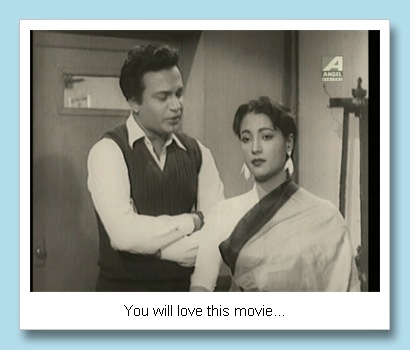 The movie opens with a hysterical, bed-ridden, Mallika (Suchitra Sen) refusing to eat and accusing her doctor - Jayanta (Uttam Kumar) - of trying to gain medical fame by curing her. He treats her outburst with inexhaustible patience and coaxes her to try and get better. When asked by Mallika’s nurse how long will he meet her dislike with such unfailing sympathy, he vows, “Forever” (or something to that effect). Wish I could find such a sympathetic doctor! 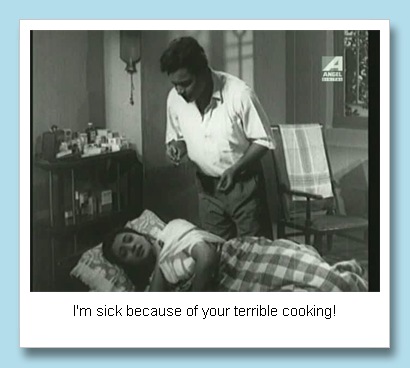 You’ve probably got the picture - there is a deep, dark secret behind Mallika’s dislike and Jayanta’s unfailing devotion. The two have a history and Jayanta’s long flashback is about to tell us what it is. 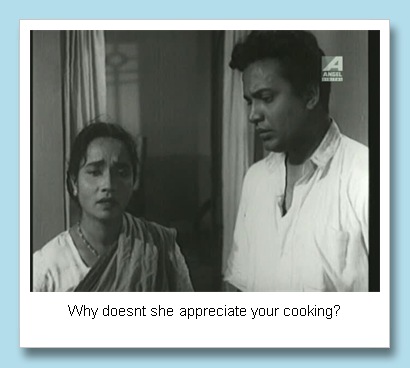 As a newly qualified doctor, Jayanta joined Dr. Bose’s practice in Darjeeling and soon came up against the practice's star clients - the Bannerjis. Mr. Bannerji (Chhabi Biswas) is Darjeeling’s richest man and his grandchildren – Mallika/Molly (Suchitra Sen) and Runu (Anup Kumar) - are brought up in the lap of luxury. Jayanta takes one look at the luminous (but very heavily made-up) Mallika and falls head over heels for her. 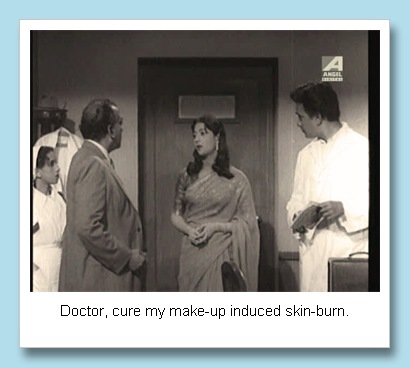 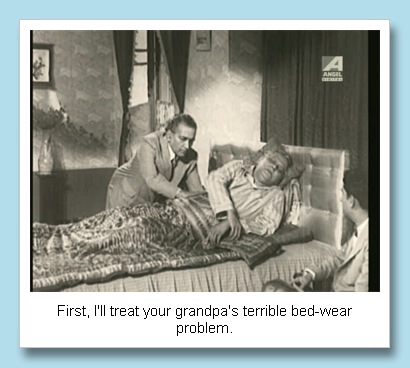 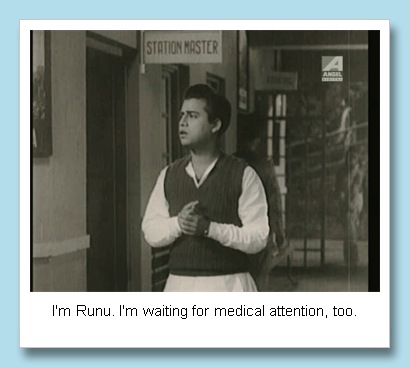 Sadly for him, Jayanta is the son of a poor school teacher and has no prospects of getting an advanced foreign degree – his only ticket to big bucks. The vast gulf between their fortunes decides Jayanta to save himself heartache and stay away from her. A medical emergency at the Bannerji household however, soon puts this resolution to test. In a bid to salvage his pride, Jayanta ends up being very brisk to Mallika who is unused to such behaviour from young men. There are a few verbal skirmishes where both give a good account of themselves and end up falling blissfully in love. 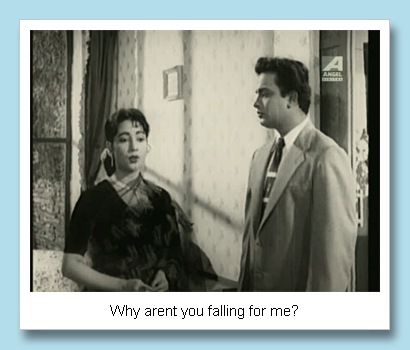 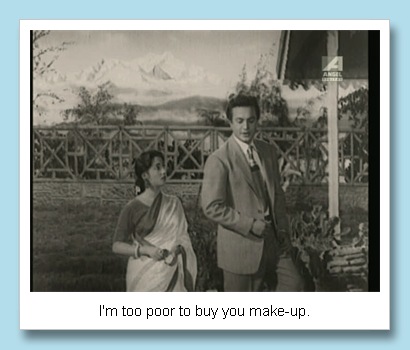 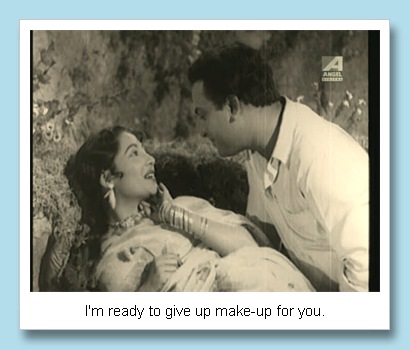 Grandpa Bannerji however is not about to let his rich granddaughter marry a penniless nobody and conveys this to Jayanta without forbidding the match or contriving to look like a disapproving Bollywood Dad (à la Amrish Puri in DDLJ). He even makes it clear to both that Mallika will marry a suitably rich boy of his own choosing. 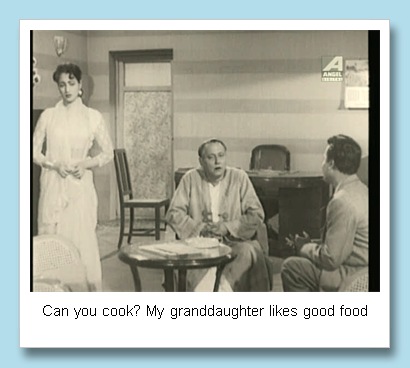 Jayanta is unwilling to share his poverty with his darling Molly but she will have none of it. The two land up pledging undying devotion to each other with the Kanchenjunga as witness. (We all know about Mahomet and the mountain but this is a new and as yet un-cataloged use of mountains!) Mallika convinces Jayanta to take her jewellery as an *advance* on her dowry (yes, really!) to finance his studies abroad. 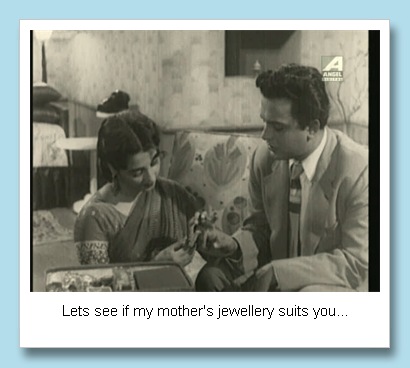 Jayanta goes to England to gain his masters in medicine (alas, not a masters in sartorial elegance!) and the two lovers carry on an open correspondence right under the nose of her grandpa - Bengali society is clearly more permissive than Bollywood! 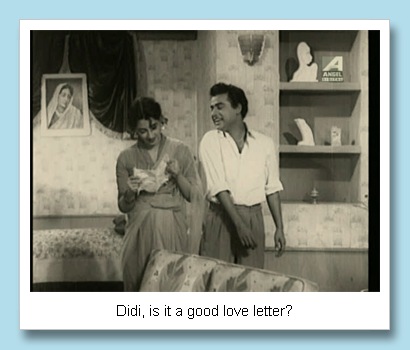 Having completed his masters, Jayanta decides to spend 6 months at a renowned hospital in Vienna and sends her a telegram with his new address. Grandpa Bannerji intercepts the telegram and realises that the affair he thought was over a couple of years ago, is still on. He takes immediate steps to break up it up. Mallika is told that she has been taken for a ride by a fortune hunter who’s absconded with her money while to Jayanta, Grandpa writes that Mallika has consented to marry a richer groom. 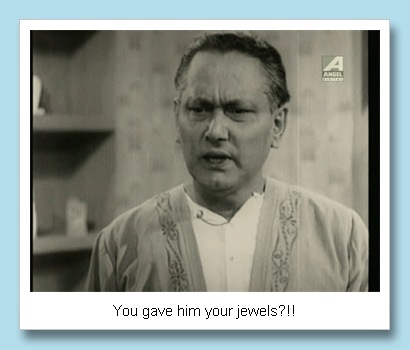 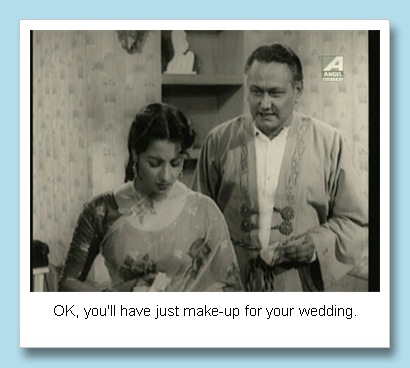 Jayanta cant believe what he hears but his letters to Mallika are returned unopened. He also meets Mallika’s intended husband – the rich barrister-in-training, Pramatesh (dont know the actor’s name) – who confirms their upcoming nuptials. Jayanta decides to return to India and find out what’s happening. His one Indian patient in Vienna – the rich and beautiful Arati (Kamala Mukherjee) – has used the interim period to fall for him. Jayanta is quite oblivious to her heavy flirting and they become good friends. 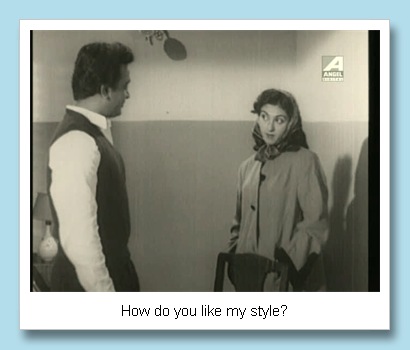 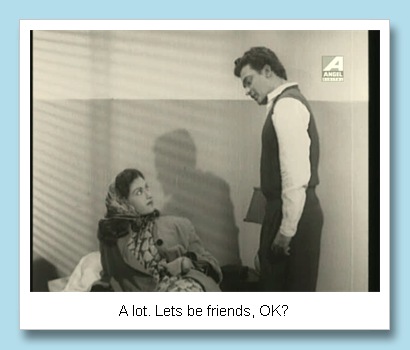 Back in India, Jayanta hurries to Darjeeling where he finds the Bannerji Villa shut down. The neighbours tell him that the Bannerjis went to Calcutta for Mallika’s wedding and never returned. He goes to the Bannerjis’ Calcutta bungalow only to be confronted by her grandpa who tells him to buzz off and let her live her new life in peace! Poor Jayanta! He is heartbroken and knows not why Mallika fell out of love with him. 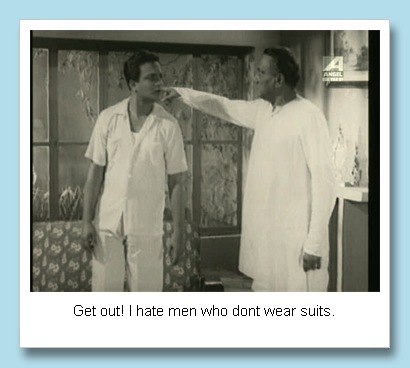 But I dont lose hope as the movie began with Mallika and him together, though not in pleasant circumstances. How did he land up treating Mallika, several months after her marriage? What is Mallika’s illness, and where is her new husband? Go visit Mallika and Jayanta in the hospital, they just might tell you! 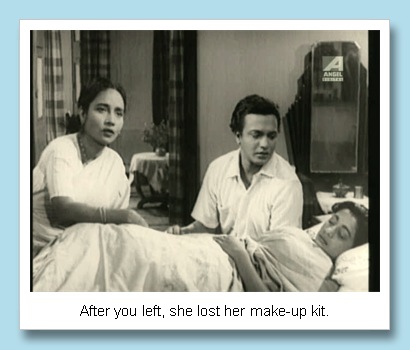 The far from novel story is so well done that the predictable plot holds your attention right to the end. The romance is meltingly sweet without being cheesy. Except for some scenery chewing by a *demented* Suchitra Sen in the latter half, the acting is pretty understated with no loud dramatics and absolutely no Nahiiins! The supporting characters and their stories are also very well sketched with no loose ends left dangling story-wise. The music, in keeping with the movie, is melodious and pleasant. There are five songs in all and every one of them is lovely. Check out the two available on youtube - Tumi na hoi and E shudhu ganer din. 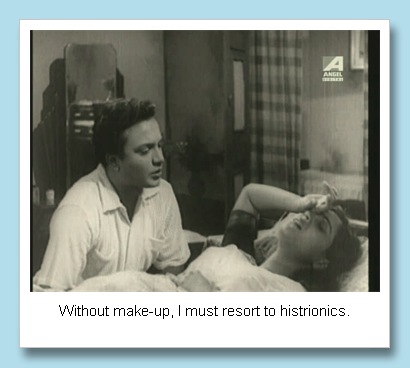 Suchitra Sen looks beautiful inspite of the layers of paint she labors under. (The make-up in the “happy” part makes an interesting contrast with her almost-no-make-up in the “sad” part.) Uttam Kumar looks charismatic as ever and turns in a fairly subtle performance. The supporting cast is also very good, especially Chhabi Biswas and Anup Kumar. 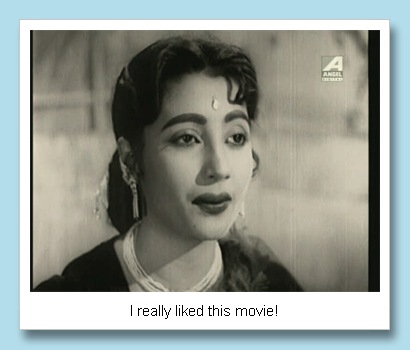 Apart from the understated acting, the other striking feature of the movie was the complete (and very welcome) absence of a comic subplot which is a regular (and very annoying) component of all Bollywood films of those days! Humor isnt completely missing though and there are several lighter touches seamlessly incorporated into the story - like Mallika’s brother gently mocking her rich suitor, teasing her about Dr. Jayanta’s non-adulation of her and later pulling her leg about her love. 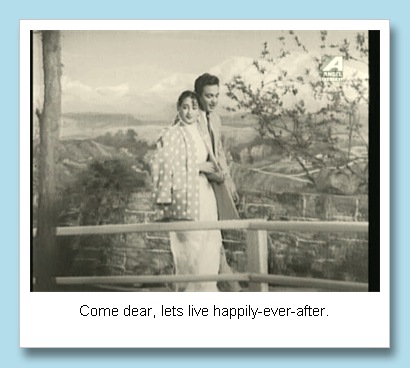 If you are suffering from (Bollywood) masala-induced indigestion, this movie makes a great change! If not, then watch it for the sweet romance, the lovely songs and the beautiful leads.
Posted by Bollyviewer at October 29, 2008