Between my new job and my new car, I’ve not had the time or the energy to update the blog very often. But today, chatting with Beth and Amrita about films reminded me of my priorities. Life is too short to watch movies and not write about them. And since I don’t want to waste time deciding which of my recent watches I should write about, I’m going to write about as many as I can squeeze into one post! So here goes… 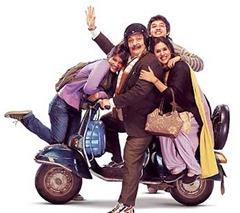 The first thing I knew about this film was that it would bring Neetu Singh back to the screen after a quarter of a century. (No, a mute guest appearance does not count!) I was really excited at the prospect. And when I read some more about it in the blogosphere, I realised that I had more reasons to look forward to it than just Neetu Singh’s "return". The film promised a heart warming story and great performances. After watching it, I must say that it delivers on it promise, and then some! 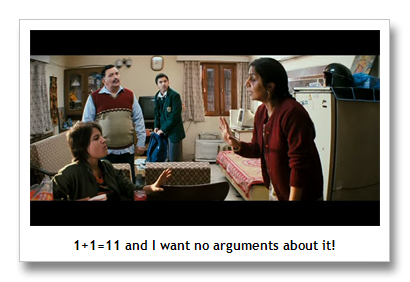 Santosh Duggal (Rishi Kapoor) is an underpaid Maths teacher in a private school in Delhi. He travels everywhere on his trusted two-wheeled scooter and is ever willing to explain why it’s better than a car. One fine day, wife Kusum (Neetu Kapoor) impulsively promises his sister that they will visit her in a car. And thus begins Mr. Duggal’s struggle to go from two wheels to four. Along the way, everybody in the family learns important life lessons and gets to have some of their wishes fulfilled. It’s a film cast in the mould of old Hrishikesh Mukherjee family comedies of yore - an interesting story, peopled with lovable characters, and told with generous helpings of humour. 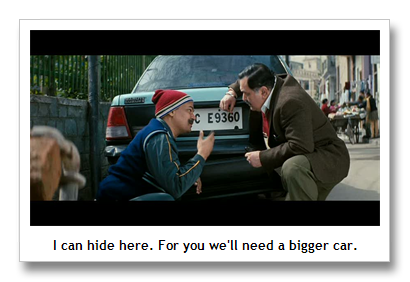 Apart from the superb performances of the entire cast, what I liked most was seeing a Delhi that seems to have disappeared completely from both the big and the small screens. It’s the Delhi I grew up in, Santosh Duggal is the Maths teacher I remember having in high school (we used to call ours “Pandubbi” (submarine) because his name was Mr. Pandey and he was rather rotund), Kusum and Mrs. Farooqui were the Aunties I remember living next door to, and I could understand Payal (Aditi Vasudev) and Deepu’s (Archit Krishna) dissatisfaction with their father’s scooter!

Akash (Ranbir Kapoor) is an ambitious New York stock-broker who loses all his and his partners’ monies in a stock market crash. Kiara (Priyanka Chopra) is a heart-broken young woman whose relationship with her childhood sweetheart (Zayed Khan) has just broken up before their dream wedding. Akash and Kiara meet on the Brooklyn Bridge where they’re both trying to commit suicide in the tried and tested jump-off-the-bridge manner. Alas for them, their attempt comes to naught. They separate and try again, with a different modus operandi, but only succeed in injuring themselves. Both land up in the same hospital where they once again bump into each other. One thing leads to another, and before you can find a synonym for “suicide pact”, the two have decided to commit suicide together. And you’d be hard put to find a more inept pair of amateur suicides! None of their attempts prove successful. Kiara takes this as a sign that they must wait for a more propitious moment and convinces Akash to postpone The End. The two agree to wait 20 days and die on New Year’s Eve. In the meantime, they decide to do things they’ve always wanted to do, but never have. Any guesses on what they will finally end up doing together? 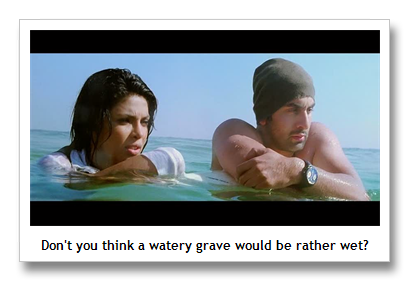 Apart from Priyanka’s perfect make-up and hairdo after surviving each suicide attempt (and that includes an accident and a stomach pump), I really have no fault to find with the film. The characters and their stories all make sense in a romantic comedy context, the dialogues are fairly good and so are the performances. Still… the film just does not light up the screen. Maybe it does not have the necessary je ne sais quoi? Or maybe I am just not moved by self-destructive yuppies? Whatever the reason, the film left me feeling rather lukewarm about the characters and their relationships. 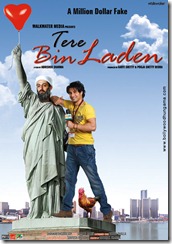 Intelligent comedy (as opposed to screwball comedy) is very rare in Bollywood. So I was delighted to discover this hilarious spoof on the media’s modus operandi and the ramifications of international manhunts post 9/11. Ali Hassan (Ali Zafar) is a budding Pakistani journalist whose dream is to go to the USA. Sadly, the USA does not reciprocate his feelings. So poor Ali is reduced to covering fowl contests in Karachi’s rural backyard, while he searches for the means to get to America. Jamal (Rajendra Sethi) at Lashkar-e-Amreeka (Invading USA since 2002!) offers some hope. But for Ali to invade Amreeka, tons of cash is needed. Luckily for Ali, fortune favours those who dare to dream. Amidst the fowl, Ali discovers a true gem – an Osama bin Laden look-alike (Pradhuman Singh). From there to making a fake bin Laden videotape and selling it as a big scoop for tons of cash doesn’t take the enterprising reporter very long. But just when Ali seems all set to invade Amreeka, it turns out that Amreeka is coming half way round the world to meet Pakistan – with ammunition enough to destroy the whole country! What went wrong? Can Ali set it to right? Will Ali and the USA ever achieve their happily-ever-after? 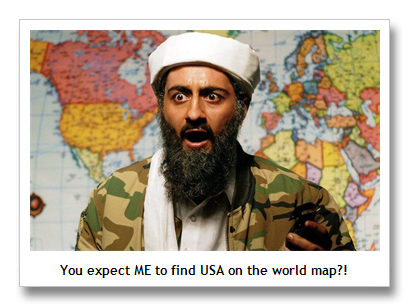 It’s a very entertaining and satisfying watch. The pace never falters and the plot never takes a wrong step. From poking fun at news channels and their "scoops" and "breaking news" to taking pot shots at the War on Terror, the film’s satirical lens spares nobody. The result is pure fun. It’s no wonder the film has garnered so much critical acclaim and box office success. The star of the film is undoubtedly Pradhuman Singh, who plays the fowl-minded country bumpkin Noora aka fake bin Laden so brilliantly. But the rest of the cast has also done a great job. I loved Ali Zafar as the enterprising Ali, and have since also discovered that he’s sung some of my favourite Pakistani pop songs. Here’s hoping he shows up in more Bollywood films. 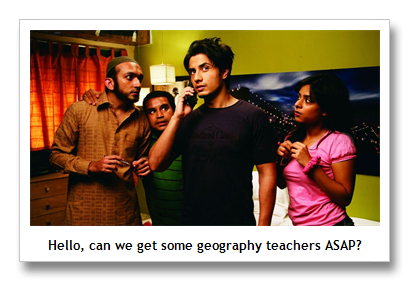 I have also been watching my beloved old Hindi films and will be writing them up too. So look out for an oldies edition of Mini Reviews – coming very soon!