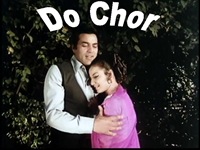 Another great thriller starring the super suave Dharmendra. This guy has the best thrillers from 60s and 70s! If a drool-worthy Dharmendra in a great thriller with super songs isn't enough to tempt you, consider this - the other lead is the lovely Tanuja and she looks great, absolutely great. Now that I have sold you on this movie, let me give you the lowdown on it...
Bombay is plagued with a mysterious thief who leaves the Swastika mark after burglarising the safes of various wealthy people in town. What is even more intriguing is that he only steals specific pieces of jewellery and leaves everything else in the burglarised safe untouched! The police and the press alike are baffled. The handsome, smooth, mustachioed, swastika thief also moonlights as the beautiful Sandhya (Tanuja). Actually it should be Sandhya who moonlights as the thief... Anyway, Sandhya, in addition to being beautiful and a thief, is also an art director in an ad company and an artist extraordinaire. Gosh, is there no end to her accomplishments? O well, it is Tanuja after all and who can deny that the lady is accomplished and charming! 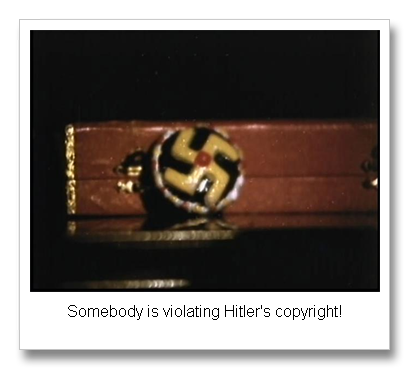 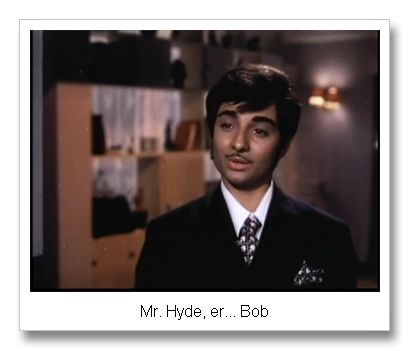 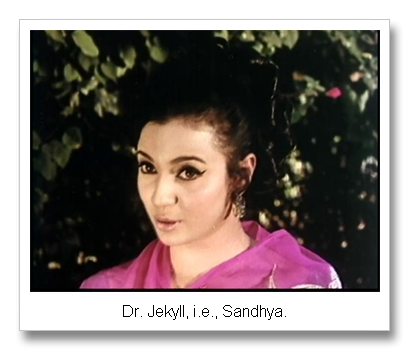 The handsome alter ego of our beautiful heroine goes in for a well planned robbery and runs into bad luck. The safe-to-be-robbed is at a joint that has been cased by another master thief - Tony (Dharmendra). He sees Sandhya robbing the safe and follows "him" home. While you or I may not consider this to be bad luck (the much-married Dharmendra is o-so-good-looking), Sandhya doesnt see it in the same light. Tony's hotness leaves her unmoved! She tells Tony that her name is "Bob" and agrees to split the proceedings of the burglary with Tony. They fix a rendezvous to divide up the loot. 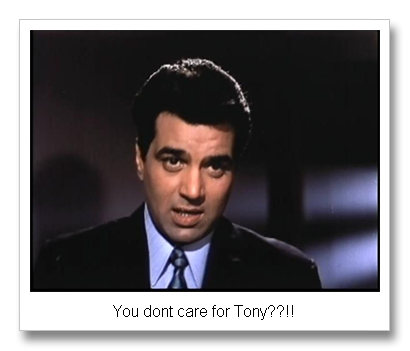 When "Bob" doesnt show up at the rendezvous, Tony makes his way to his defaulting partner's house only to be confronted by the lovely Sandhya, Bob's "sister". He is blinded by Sandhya's beauty and convinced that the poor girl knows nothing of Bob's nefarious activities. He woos her with lovely songs that leave the iron-hearted lady unimpressed. Tony, finding his lady unresponsive, decides to concentrate on the loot and tells Sandhya about Bob's burglarious activities. He lets her know that if Bob doesnt show up soon, she will face unnamed dangers. Sandhya, convinced that the age of chivalry is dead, dons her Bob persona and visits Tony. The latter has been impressed by Bob's curriculum vitae and wants to go into a full partnership with him. Bob however, prefers to go it alone and the two agree to one joint venture. 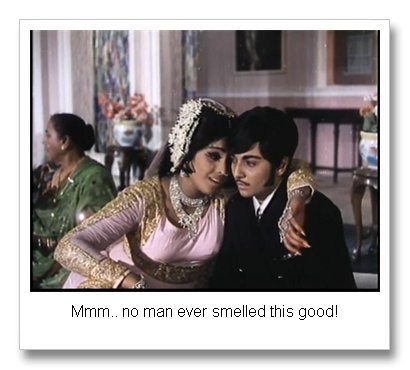 The joint venture is successful and the duo get away with a great deal of loot. In their escape however, Bob's shirt is ripped and his undergarment reveals his sex to Tony - they obviously had no cross dressers back in the 70s! Tony is really impressed by his partner's rapid sex-change but is willing to play ball, I mean play along... Sandhya however, wants nothing but one single necklace from the whole loot! Tony obviously wants to know why and so would the viewers. Sandhya tells a complicated tale involving "Swastika Enterprises" and Maa (Shobhana Samarth, who is also her real-life Mom). 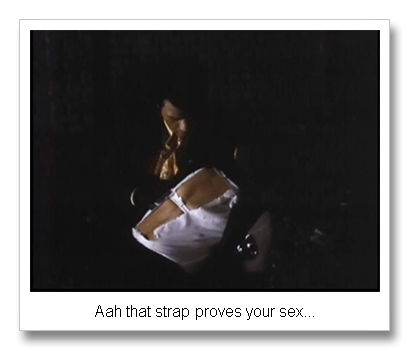 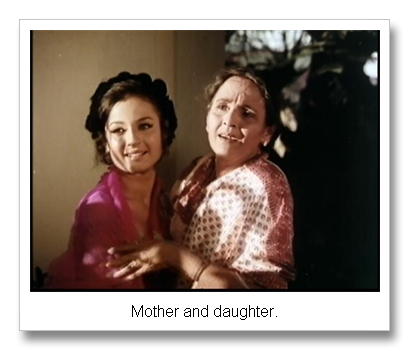 The police, in the meantime, haven't been idle. They have pieced together that only people involved with Swastika Enterprises were burgled and only jewellery involving said enterprise is being stolen. You got it - this isnt the kind of movie where the police turns up at The End. Here, it actually contributes to the thrilling aspects of the story. 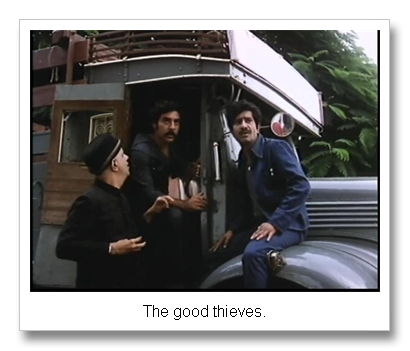 Sandhya is still busy collecting jewellery while the police are busy trying to trap the Swastika thief. The stage is set for the biggest manhunt in Indian history (the hunt for Don was even bigger, comprising the police of various nations, but this was pre-Don) and delicious thrills. To find out why Sandhya stole and whether or not Tony and she were able to evade capture, check out Do Chor. 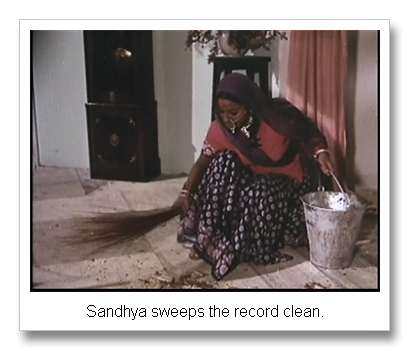 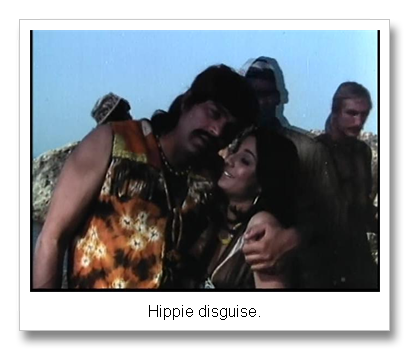 The story is all about Sandhya, and Tanuja plays the part of Sandhya-Bob with great gusto. She is vivacious and charming as only Tanuja can be and lights up the screen with her energy and bounce. She is also angry, emotional and intense in places, but the charm shines through it all. Dharmendra is smooth and suave as the gentleman thief - not quite Cary Grant, but close! Aside from the leads, there are several interesting actors: Shobhana Samarth plays Sandhya's traumatised Mom with dramatic sadness; my favorite villain K. N. Singh who sadly gets very little screen time; Sajjan plays Sandhya's loyal family servant and is great as usual; Jalal Agha and Mohan Choti as Tony's fellow thieves get too little screen time to make an impact; Lakshmi Chhaya has a guest appearance as a good tawaaif. This review cant be complete without mentioning the soundtrack which is superb. R.D. Burman's music gives us five great songs - the nautch number Mora chhota sa balamwa, Kishore Kumar's lovely Meri jaan meri jaan kehna maano, the bouncy Kishore-Lata duet Chaahe raho door chaahe raho paas, Lata's Hippie number Yaari ho gayi yaar se, and the sensual Kishore-Lata duet Kaali palak piya tori.
The movie is an interesting story well told that holds your attention to the last. There are absolutely no filler scenes or unnecessary plot diversions (apart from the songs). It is a slick, fast-paced, thriller and definitely worth watching.
Posted by Bollyviewer at May 28, 2008